Republicans don’t even pretend to care about laws now. What they unleash after impeachment will be really ugly 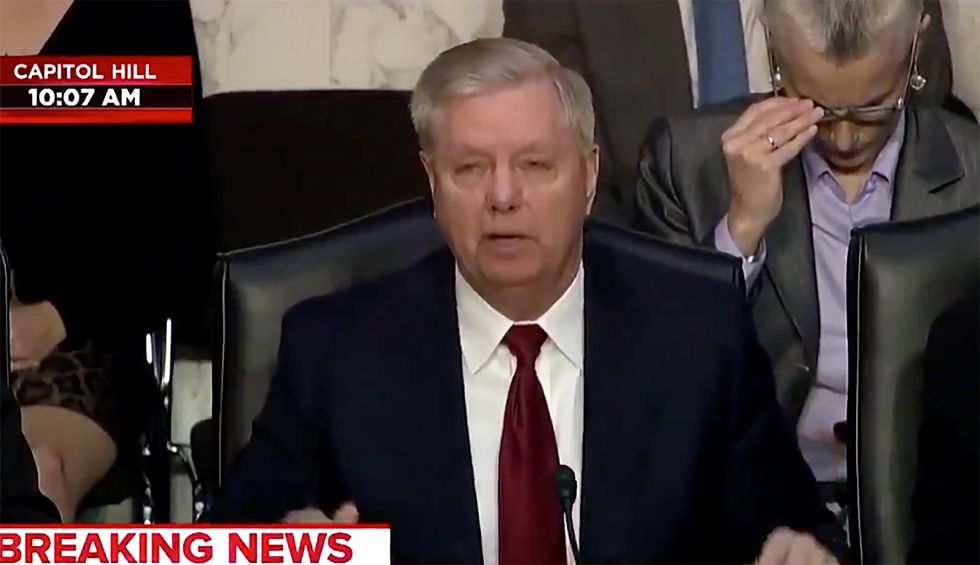 In the past, despite their differences, our political leaders were in agreement that to at least preserve the ideals behind our democratic system it was important to pay lip service to the spirit of the law. For instance, during the Iraq war, the Bush administration committed war crimes. But officials didn't come right out and say, "Yes, we torture people. What are you going to do about it?" There were consequences to openly defying the law, which they knew could get quite serious down the road. They understood that to openly endorse war crimes was to let an ugly, dangerous genie out of the bottle. So they claimed it wasn't actually torture and pretended that they believed torture was wrong, insisting they would never do such a thing.

The old-fashioned trope that describes this is, "Hypocrisy is the tribute vice pays to virtue." It's certainly not an ideal way for leaders to behave. They should follow the law and the Constitution, and if they don't they should be held accountable. But declaring war on virtue all together and embracing vice as your organizing principle is what mobsters and tyrants do. That's what's happening under President Trump.

During the 2016 campaign, he proudly declared that he meant to torture, kill civilians and "take the spoils" of war if he wanted to. Today, he's pardoning war criminals and bringing them up on stage at political events. While he does lie profusely and conspires with his henchmen, much of his alleged criminal behavior in the White House has been done right out in the open. He admitted he fired former FBI Director James Comey because Comey was investigating him. He dangled pardons and intimidated witnesses in public statements. Most recently he released a transcript of a phone call in which he tried to coerce a foreign leader to smear his political rival, calling it "perfect."

Now Republican leaders are following his lead. They don't bother to pretend that they are following rules anymore, or make arguments based on a common understanding of what the Constitution requires. Senate Majority Leader Mitch McConnell has announced he has no plans to even feign seriousness with the Senate impeachment trial of Trump. He has said right out in the open that he planned to follow the president's lead and do whatever Trump wants him to do.

But it's Trump's most ardent sycophant, Sen. Lindsey Graham of South Carolina, who is really letting it all hang out:

Graham was in Qatar this past weekend for that nation's annual international forum, looking for every camera he could find to flagrantly defy the oath he will take before he sits as a juror in the Senate trial. He told CNN, "This thing will come to the Senate, and it will die quickly, and I will do everything I can to make it die quickly."  When asked if he thought that was an appropriate thing to say under the circumstances, he replied, "Well, I must think so because I'm doing it. I am trying to give a pretty clear signal I have made up my mind. I'm not trying to pretend to be a fair juror here. What I see coming, happening today, is just partisan nonsense."

That's not how it's supposed to work. Graham, of all people, knows this. He is the chairman of the Senate Judiciary Committee and was a House manager during Bill Clinton's impeachment. There are dozens of YouTube clips floating around that show Graham arguing for open-minded fairness in that trial. Let's just say that if Graham's a hypocrite, which he is, it's not in service of any virtue. It's in service to Donald Trump, the Republican Party and himself.

Graham does seem to have a strategy with all this loose talk. The argument between the White House and the senators who want to put this behind them as quickly as possible continues to rage over whether or not to hold a full trial with witnesses called by both sides or a pro forma process that takes the reports offered by the House Judiciary Committee and simply votes up or down on whether to convict. The president signaled on Friday that he was open to either approach but reports keep surfacing that he wants to put on a big show and leading Senate Republicans are having a hard time talking him out of it.

I suspect that Graham and McConnell have cooked up a deal with Trump for the perfunctory proceeding and a quick acquittal, with the promise that they will pursue the Ukraine charges against Joe Biden and the Democratic Party in the Senate after the trial is over.  Graham has been promising investigations ever since he took the gavel in January, but hasn't managed to get any of it done yet.

Trump may hold him to his latest promise. He might agree to a short trial, but he wants his pound of flesh. So does his lawyer Rudy Giuliani, the former hero of 9/11 who is now staring down the barrel of a federal indictment.

Giuliani just returned from Ukraine where he's been "gathering evidence" on a couple of brand new scandals allegedly involving Adam Schiff, Barack Obama, Hillary Clinton and Joe Biden. He's been tweeting about some of it and it all sounds absolutely bonkers.

Giuliani has met with the president to tell him all about this stuff and you can be sure that, acquittal or not, Trump will not let it go.

Graham told Margaret Brennan on "Face the Nation" on Sunday, “Rudy, if you want to come and tell us what you found, I'll be glad to talk to you. We can look at what Rudy's got on Joe Biden, Hunter Biden and anything else you want to look at after impeachment. But if Rudy wants to come to the Judiciary Committee and testify about what he found, he's welcome to do so.”

After that we'll have Bill Barr's extravaganza starring his hand-picked special counsel, John Durham next summer., just in time for the conventions. And who knows what Trump's foreign friends have on tap?

It's clear that impeachment is just a bump in the road for Trump and the Republicans. Once it's over, they plan to continue with the lies and smears and betrayals without even taking a breath. The main lesson they have learned from his leadership is that it's a waste of time to even pretend to care about the rule of law or the Constitution unless it serves their partisan political needs. That ugly genie is out of the bottle now, and I don't know what it will take to put it back in.