Rep. Steve Watkins involved in voter fraud scheme — unless he lives at a UPS Store 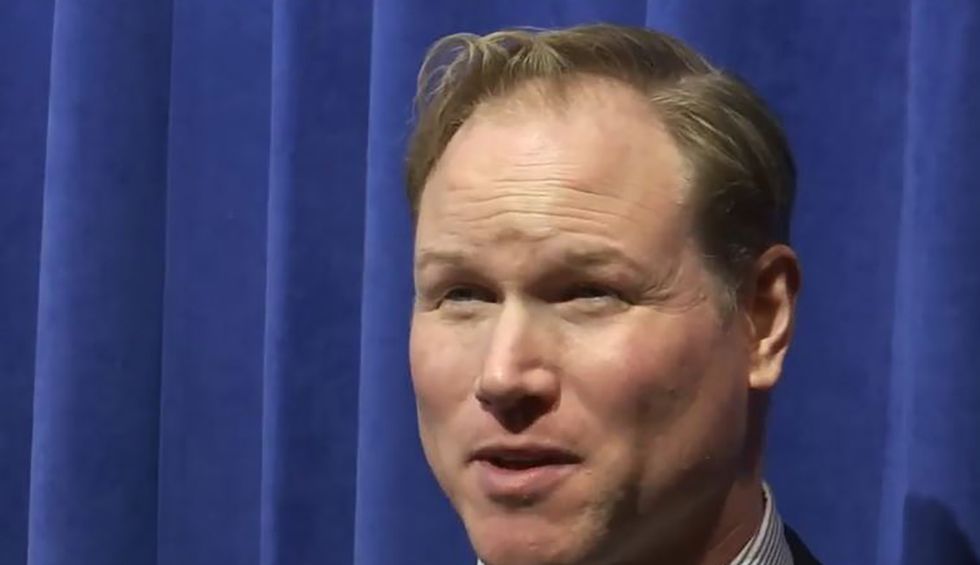 How many of us have spent some time at a UPS Store? It’s Christmas time, maybe we ship packages to family and friends for the holiday. But what are the odds that someone, you know, actually LIVES at a UPS Store? Well, Rep. Steve Watkins (KS-02) signed documents for the FEC indicating that he has made a home inside of the packing store, and some people have questions.

The Topeka Capital-Journal covered it today:

Shawnee County records show the first-term Republican listed his official residence as 6021 S.W. 29th St. in Topeka, which corresponds to a UPS Store, when he signed a form to change his residency for voter registration purposes in August, signed an application for a mail-in ballot in October and signed a document to complete advance voting for the November election.

State House Republicans, who have been infuriated by Watkins run in 2018 and his win in a race to become a member of US Congress, have called for state house investigations on the matter, and indicated they can recommend charges on to the state attorney.

Republicans have criticized Watkins for his odd behavior and for the fact he won a very divided primary. This led State Treasurer Jake LaTurner to enter the race for US Congress, setting up a challenge in 2020.

State House Republicans hope to hang one of their own starting this January. The Topeka Capital Journal continues with this layout from conservative Blake Carpenter (R) in the state house:

State Rep. Blake Carpenter, a conservative Republican from Derby, was among lawmakers who called for an official investigation based on a sense Watkins committed multiple felony offenses.

“Unless I’m mistaken, no one can live at a UPS store. It cannot be a place of residence,” said Carpenter, who serves on the House Elections Committee. “This person undoubtedly voted in an election in November for candidates that he had no constitutional right to vote for. This is wrong and illegal. No one should be above the law.”

With no help coming from Republicans — who are rooting for him to lose a primary, and Democratic state house members wanting to uphold the law, Rep. Watkins finds himself in a tough place: where, exactly DID he live in November of 2019, when he voted in elections? And where, exactly, does he live now?

There has been no response as to whether or not this is the kind of voter fraud former Secretary of State Kris Kobach was looking for, but the UPS Store involved has verified to multiple sources that they do not have a bed, shower, or kitchen area to support living in the back of their store.