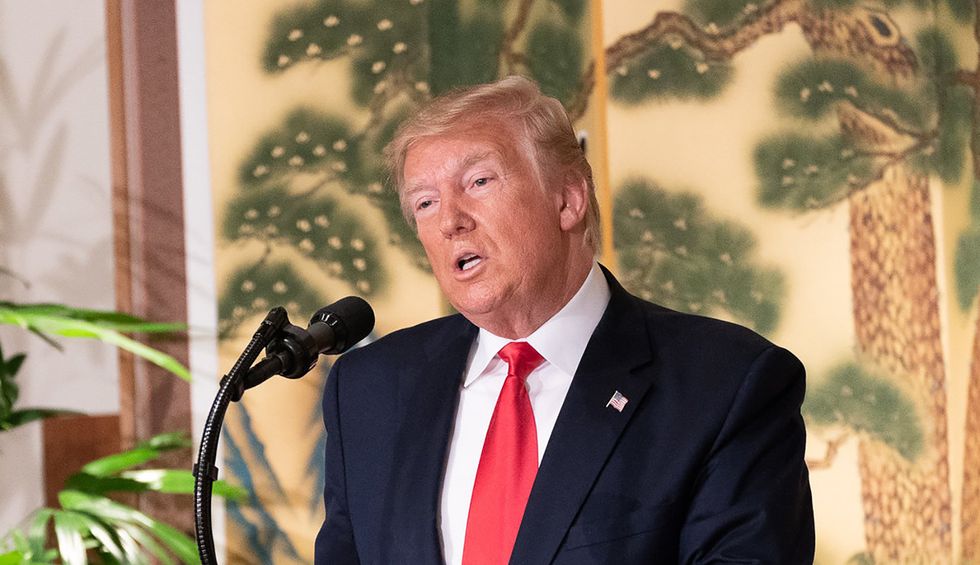 Colorado has a long history of mass shootings, from the Columbine High School massacre in 1999 to the Aurora theater attack in 2012 to the May 2019 attack on the STEM School Highlands Ranch south of Denver. And this week, a Denver-based talk radio host, Chuck Bonniwell, has been fired for stirring up these traumatizing atrocities by joking that he wanted a “nice school shooting” to distract from “the never-ending impeachment of Donald Trump.”

Until recently, Bonniwell and his wife, Julie Hayden, co-hosted a show on Denver’s KNUS 710 AM. When Bonniwell joked about wanting a school shooting, Hayden responded,  “No, no, don’t even say that! Don’t call us! Chuck didn’t say that.” And Bonniwell told Hayden he was talking about a shooting in which “no one would be hurt.”

One of the people who objected to Bonniwell’s comment was John Castillo, whose son, Kendrick Castillo was killed in the STEM School Highlands Ranch shooting. On Wednesday, John Castillo told ABC News, “I’m furious that anybody in media or politics would suggest a school shooting to distract from a presidential impeachment or any other rhetoric in the media. This is totally unacceptable, inexcusable and wrong.”

Sandy Phillips, whose daughter died in the 2012 Aurora shooting, tweeted, “This guy should be fired. Total ignorance. Shootings hurt us all...just ask witnesses and first responders. You don't have to be shot to be wounded.”

Bonniwell apologized on Twitter, posting, “I made an inappropriate comment meant as a joke. I’m sorry it was not received that way.” Regardless, Bonniwell and Hayden were fired by KNUS, which is owned by Salem Radio.

In an official statement, KNUS announced, “Given the history of school violence that has plagued our community, 710 KNUS confirms that an inappropriate comment was made on the ‘Chuck & Julie Show’ by co-host Chuck Bonniwell. A programming decision was made to end the program immediately."