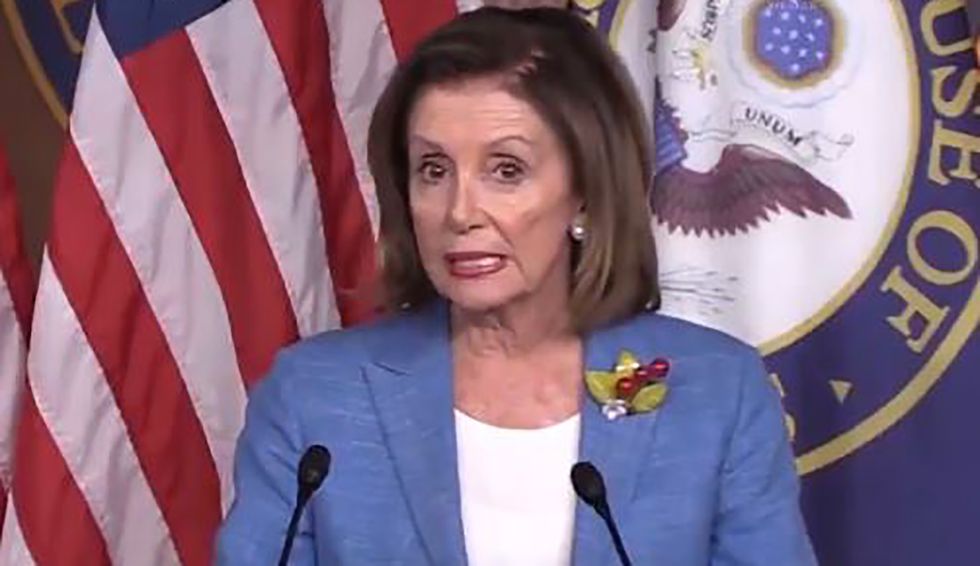 Progressives on Monday criticized House Speaker Nancy Pelosi for reportedly leaving a broadly popular bill boosting union membership on her desk for months while pushing for the passage of one of President Donald Trump's legislative priorities, the U.S.-Mexico-Canada Agreement, by Christmas.

"I don't know exactly what the holdup is," said Rep. Pramila Jayapa (D-Wash.), a co-chair of the House Progressive Caucus, "it is taking longer than it should given the number of co-sponsors that we have."

Pelosi's decision to push the USMCA forward while leaving the Protecting the Right to Organize Act, or PRO Act, on her desk since it passed out of committee on September 25 was the subject of an article by Rachel Cohen at The Intercept Monday morning.

According to Cohen's reporting, the USMCA is seen by moderates as a good example of bipartisan compromise leading up to the 2020 election while labor is antagonistic to the bill:

Centrist Democrats have been insisting privately that a quick passage for the trade deal is necessary for moderate members of Congress to win their competitive reelections in 2020, to show they can "do something." Unions have made clear, though, that from their perspective, USMCA lacks real labor enforcement mechanisms, which could undermine the whole deal, further drag down wages, and eliminate more jobs.

The PRO Act, on the other hand, is a bill with appeal across the party, with 215 House co-sponsors.

"Many other bills have come to the floor with fewer co-sponsors than this one," Jayapal told The Intercept.

Nevertheless, Pelosi is letting the PRO Act sit on her desk, a decision that left journalist Ryan Cooper frustrated.

"Grinding my teeth so hard they snap off at the roots," tweeted Cooper.

It's not the first time Pelosi's leadership of a Democratic-controlled House has led to the shelving of labor-friendly legislation. In 2009, the chamber failed to pass the Employee Free Choice Act (EFCA), which would have passed through the then-Democratic Senate and ended up on President Barack Obama's desk.

The parallels to this House bill are clear, The District Sentinel cohost Sam Knight saidon Twitter.

"In 2009, EFCA was cosponsored by a majority of members when Dem leaders refused to even bring it up for a vote," said Knight. "Pelosi is so utterly devoted to serving her donor class friends."

DSA organizer Margaret McLaughlin did some math to figure out how she felt about implications of Cohen's reporting.

"Handing Trump a USMCA win without any strong labor enforcement mechanisms + not passing the PRO act which would sail through the House = gonna give me an aneurysm," said McLaughlin.