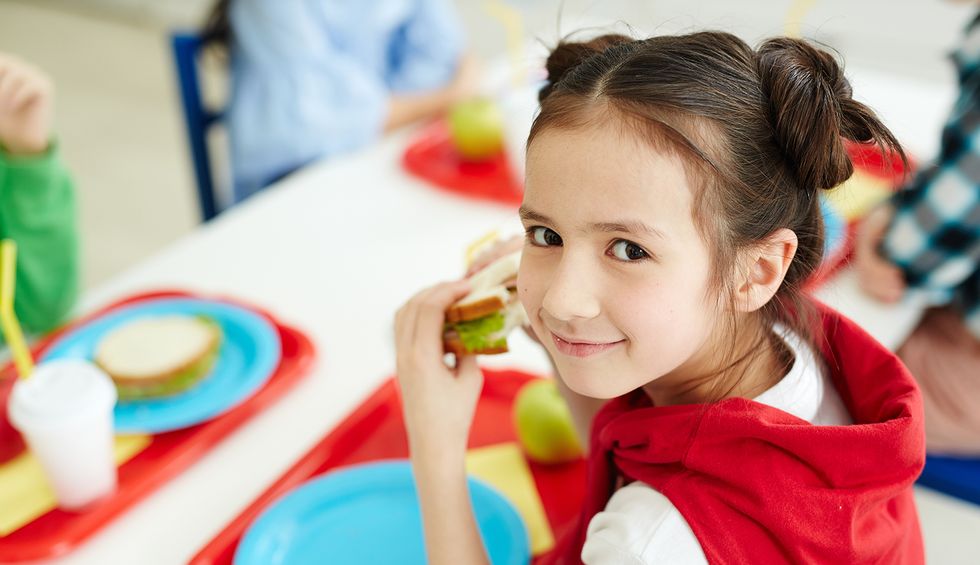 Three pastors at Mount Ararat Baptist Church in Virginia decided to give the holiday gift of school lunch debt relief to local families. While school lunch debt shouldn’t be a thing families (and specifically students) have to worry about, it very much is. So a group of pastors decided to take $17,000 from the church’s budget to erase much of the lunch debt at two local school systems.

“It seemed like a good idea, [but] we didn’t know if there was a need because no one ever seems to talk about this,” the Rev. Williams explained in a Facebook video, which quickly went viral. “So we called the school systems. And gosh, wow, was there a need.”

“This is not a churchy thing,” Williams stressed. “This — helping children and families — this is a thing that anyone can do.” He and the other two pastors say they plan to pay off lunch debt again. As The Washington Post reports, donations to cover this lunch debt came from the church’s 2019 budget. Because the church generally saves 10% of its annual budget for charitable projects, Williams suggests they could make a similar donation next year, based on their 2020 budget.

Of course, they shouldn’t have to. While making all school breakfasts and lunches free isn’t necessarily on the horizon, steps are being taken to stop shaming practices over unpaid balances. For example, California Gov. Gavin Newsom recently signed a bill that will effectively make school lunch shaming against the law in the state. Rep. Ilhan Omar and Sen. Tina Smith introduced a bill to stop lunch debt-shaming in their state of Minnesota.

As Daily Kos previously reported, there are countless instances of children and teenagers being shamed at school because of unpaid school lunch debt.

Sometimes the shaming involves kids having their hot lunches thrown away or their meals replaced with cold cheese sandwiches. In other instances, schools threatened to have students with unpaid school lunch debt sent to foster care. Students have also been threatened with not being able to attend the prom, buy a yearbook, or even attend school field trips.

While free and reduced lunches are technically available to families who make below a certain income, there are numerous reasons students in need end up going hungry or accruing debt. Some families might face language barriers, have unstable living situations, or rely on nontraditional incomes that make related paperwork difficult. Families that technically make enough to not qualify may also struggle to afford meals at school when one considers burdens like student loans, medical debt, or financial emergencies.

At the end of the day, students shouldn’t have to worry about where they’ll get a hot, (relatively) nutritious meal—and parents or guardians shouldn’t be stressed about their kids potentially being removed from their homes over it, either.