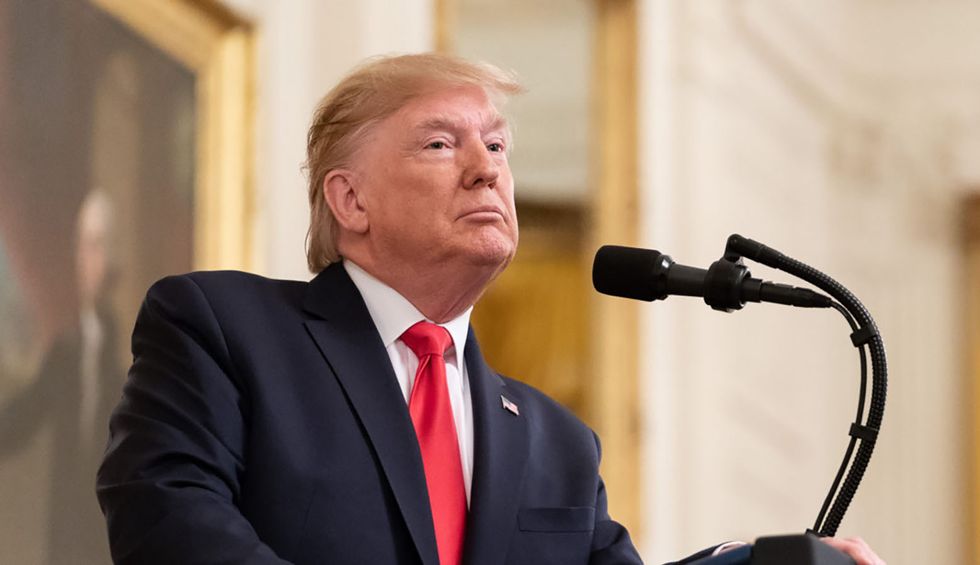 Throughout the House impeachment proceedings against Donald Trump, Republicans worked hard not just to derail both the initial inquiry and the later votes, but also to attack the process at every turn. Democratic representatives rightly pointed out that Republicans were unwilling to defend Donald Trump on the evidence—and no, ungrounded talking points are not a defense—because the evidence universally demonstrated the case against Trump. Now, as House Speaker Nancy Pelosi withholds the articles of impeachment from the Senate while awaiting some glimpse of what Majority Leader Mitch McConnell has planned for the Senate trial, Republicans are pretending that it’s Pelosi who is fixated on process. But that’s not it at all. Pelosi wants only to see that there is a process.

Before the House interviewed a single witness or sought its first document, it passed House Resolution 660 laying out all the rules under which its inquiry would take place. On the Senate side, McConnell has done nothing. There are no rules, no promises, no hint of what would happen should Pelosi turn over the articles—other than McConnell’s promise that he’s working closely with the White House to turn the whole thing to Trump’s advantage.

Meanwhile, Trump is maintaining what may be the most delusional position of the entire impeachment by claiming that he has not really been impeached at all. As CNN reports, Trump is leaning into a comforting “technical argument” that insists he’s not really impeached until McConnell says he’s impeached. Which McConnell isn’t going to do. The White House is actually considering a lawsuit in an attempt to force Pelosi’s hand, allowing the process to be ended on the terms that Trump likes best.

But there’s more than that. What’s really got Trump jazzed going into the holidays is the idea that he could perform a reversal of the whole process and sue the House of Representatives to undo the whole thing. The White House is pondering a lawsuit that would insist that Pelosi’s withholding of the articles is a political action, and that the whole impeachment itself is invalid.

To get to this unpeachment situation, the White House is first counting on an op-ed published on the Bloomberg website by Harvard law professor Noah Feldman arguing that transmission of the articles of impeachment to the Senate is part of the impeachment process, not something that happens after the impeachment. And on another op-ed, published by Ohio Northern University law professor Scott Douglas Gerber at CNN, that argues that, even though the courts have deliberately and understandably stood well clear of interfering in any past impeachment, Trump could run to the court because “if ’arbitrary’ impeachment processes can be reviewed and overturned by the Supreme Court, so too can partisan impeachment processes such as that to which President Trump continues to be subjected.”

The argument is that, because Trump was impeached only with the votes of Democrats, it’s a “partisan impeachment.” Which is somehow not real.

Gerber seems to have discovered an ability of the court to reverse an impeachment that doesn’t appear in the Constitution. The idea is that an impeachment gathering votes only from one party is somehow less legitimate—which doesn’t appear in the Constitution. And he’s managed to overlook the inconvenient fact that the impeachment also earned the vote of former Republican Justin Amash … but then, every Republican is pretending not to notice that part.

All of this, from suing Pelosi to force her to blink first to suing the House for impeaching Trump, is the kind of thing that should stay somewhere in right-wing fantasyland somewhere past the Nazi unicorns, and just because the White House seems to be taking is seriously doesn’t mean that anyone else should. The only thing that should be taken seriously is Trump’s ongoing effort to destroy both the rule of law and and a common sense of reality.