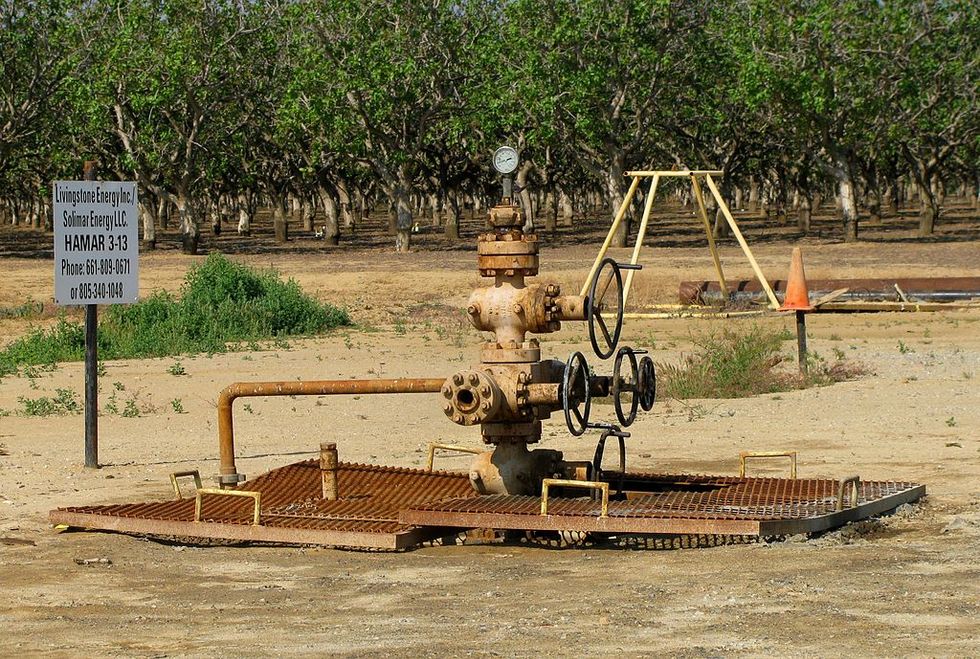 Last week a natural gas well run by Devon energy experienced a blow-out in Texas near the towns of Yorktown and Nordheim. It lasted 3 days and spewed massive amounts of methane, dangerous Volatile Organic Compounds (VOCs) and other pollutants in Southern Texas, leading authorities to seal off thousands of acres surrounding the site. The blowout did not receive significant coverage. Furthermore, a report by researchers at Colorado State University suggests that leaks of methane and pollutants from natural gas sites occur quite frequently.

Despite the urgent need to cap methane emissions, a potent heat-trapping gas and driver of climate change, the Trump administration favors rolling back existing limits on methane leaks from oil and gas wells. In August, the U.S. Environmental Protection Agency Administrator announced a proposal to eliminate all methane pollution standards for new sources in the oil and gas sector. The plan is to prevent any future regulation of methane emissions from already-existing oil and gas sources. And he is also proposing to remove federal regulation for methane from pipelines and transmission and storage facilities, claiming that existing regulation of harmful volatile organic compounds (VOCs) already ensures limited methane release.

On November 17, the EPA held a hearing in Dallas where they invited members of the public to testify on this proposal.  As a 2nd-year medical student at University of Texas-Southwestern, I felt compelled to speak out. Despite my hectic study schedule, I testified at the hearing because I’m deeply concerned that the proposed changes to the regulation of methane and volatile organic compounds will pose a direct threat to the health and safety of my future patients.

The proposed rollback of existing methane standards would allow oil and gas wells to release both methane and VOCs with virtually no control.  That is dangerous because methane is a potent greenhouse gas. In the first two decades after its release, methane traps over 85 times more heat in our atmosphere than carbon dioxide (CO2). As a result, methane is a major contributor to the climate crisis, which has accelerated the spread of certain diseases and intensified natural disasters. And VOCs such as benzene and toluene, which would be emitted with the methane, are dangerous direct pollutants.  Benzene is a known human carcinogen; toluene is toxic to the nervous system.

The EPA’s core mission is to protect human health and the environment. They must not undermine their core mission by eliminating these critical standards.  A nationwide analysis finds that the health impacts attributable to the ozone (smog), which forms due VOCs reacting with nitrogen oxide emissions, from the oil and gas industry include 750,000 asthma attacks for children, 500,000 lost school days, 2,000 asthma-related emergency room visits, and 600 respiratory-related hospital admissions.

I already see plenty of patients with end-stage lung disease, heart problems and cancer. By the time they end up in the hospital, often they are too sick to be cured. In each case, I wonder about the underlying causes, and I know that for some, environmental pollution is a deadly factor.

I am currently conducting research on patients with mysterious restrictive lung diseases, many of which are linked to environmental exposures. I also teach a class on how to quit smoking, because the best thing I can do for my future patients is prevent exposure to toxic substances in the first place. Protecting my patients from harmful environmental exposures in our community must be a top priority to prevent a higher risk of disease and premature death.

We depend on the federal methane standards to limit climate change and control VOCs to keep the air we breathe clean. These standards are especially critical to protect people living near oil and gas facilities, where harmful emissions can worsen respiratory illnesses.

And the issue is not solely local.  Our government has a duty to protect public health and maintain environmental quality for everyone – no matter their zip code. Clean air and a livable climate should not be a luxury in America.

That’s why we need federal safeguards on oil and gas well emissions: to ensure all American families are equally protected. I join the health professional community in calling on the EPA to strengthen, not undermine, these life-saving methane and VOC standards. I don’t want to see more patients whose life-threatening disease I can’t cure, because of exposure to pollution.

Hasan Seede is a medical student at University of Texas-Southwestern and a board member of Texas Physicians for Social Responsibility.