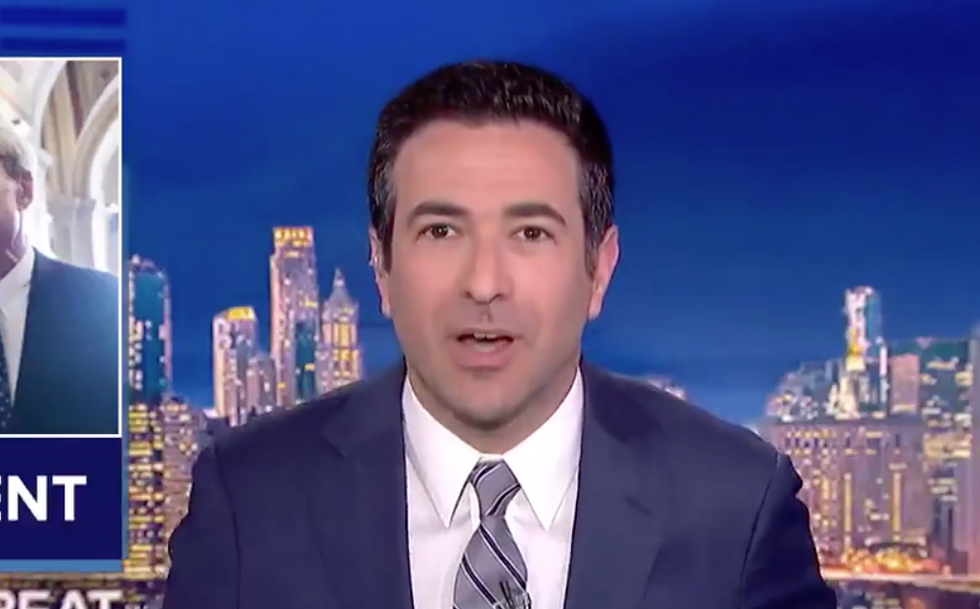 During the House impeachment inquiry against President Donald Trump, Republicans have frequently pushed the talking point that there couldn’t have been any real “quid pro quo” between Trump and Ukrainian President Volodymyr Zelensky. Despite a multi-month delay, they claim,  the funds allocated for military aid to Ukraine were eventually released without Zelensky ever investigating former Vice President Joe Biden or his son, Hunter Biden, as Trump wanted. No harm, no foul, these Republicans argue.

Many have explained why this argument does hold up for a variety of reasons. But MSNBC’s Ari Melber, on his Thursday show, outlined a new reason why that talking point is bogus: 14% of the money allocated for military aid to Ukraine remains unreleased, according to the House Intelligence Committee’s impeachment report.

Melber, on his MSNBC program “The Beat,” explained that merely asking for a bribe is still bribery whether or not the bribery attempt is successful.

“Many Trump supporters have argued — this is very important….. that Ukraine ultimately got the money, and that cancels out any impeachable offense,” Melber explained. But the MSNBC host soon added that merely requesting a bribe in the first place is illegal regardless of the ultimate result.

“It’s not a valid legal defense to bribery,” Melber asserted. “In fact, other politicians are in prison today for unsuccessful bribery plots. So, Trump’s alleged extortion of Ukraine while the money was frozen; that’s what made it allegedly extortion. That’s No. 1. But what’s new tonight: this report also cuts into Trump’s defense on the facts.”

Melber went on to reveal that the House Intelligence Committee’s impeachment report confirms that according to Pentagon officials, Ukraine still hasn’t received all the military aid from the U.S. that was allocated: 86% of the funds were released, but the other 14% remains unreleased. The MSNBC host stressed that 14% “of the entire money has still has been denied to Ukraine. So, Trump did not actually get all the money back to Ukraine even as he tried to lift the hold to cover up the plot.”