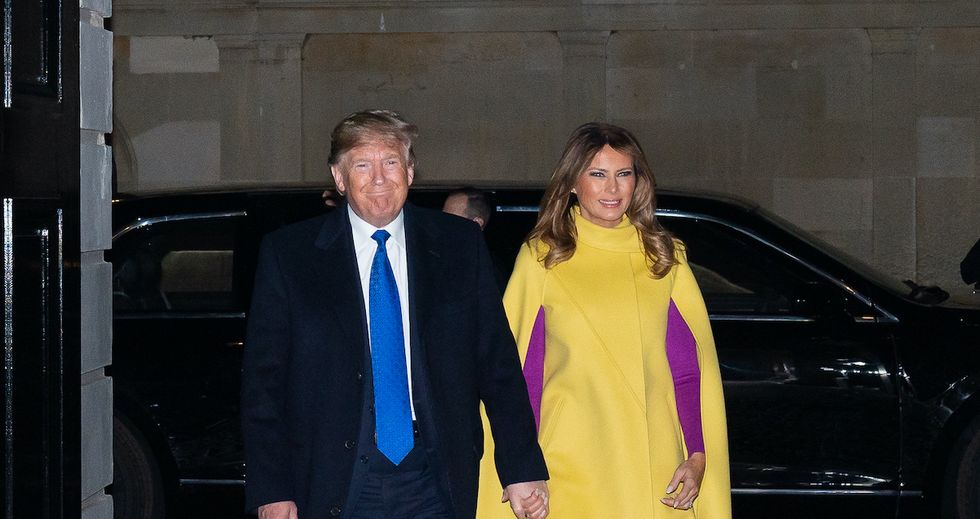 President Donald Trump’s insecurity was evident this week when 16-year-old Swedish climate change activist Greta Thunberg was named Time Magazine’s Person of the Year instead of him — inspiring the president to rail against her on Twitter. And even though First Lady Melania Trump attacked law professor Pamela Karlan for mentioning her son, Barron Trump, she evidently has no problem with her husband’s anti-Thunberg tweets.

On Thursday morning, the president saw Roma Downey’s tweet congratulating Thunberg, and he responded, “So ridiculous. Greta must work on her Anger Management problem, then go to a good old fashioned movie with a friend! Chill Greta, Chill!”

Earlier this month, Stanford University law professor Karlan (a witness for Democrats in the House Judiciary Committee’s first Trump-related public impeachment hearing) ruffled some GOP feathers by mentioning Barron Trump (Donald and Melania Trump’s 13-year-old son). Karlan testified, “The Constitution says there can be no titles of nobility. So while the president can name his son Barron, he cannot make him a baron.”

In response, the first lady tweeted, “A minor child deserves privacy and should be kept out of politics. Pamela Karlan, you should be ashamed of your very angry and obviously biased public pandering, and using a child to do it.”

Karlan apologized for mentioning Barron Trump during her testimony. But Republicans who railed against Karlan have had no problem with Trump’s Twitter rants against another teenager: Thunberg. And when CNN’s Kate Bennett, author of the book, “Free, Melania: The Unauthorized Biography,” contacted White House Press Secretary Stephanie Grisham for comment, she received a lame response as to why Barron Trump is off limits but Thunberg isn’t: “Their son is not an activist who travels the globe giving speeches. He is a 13-year-old who wants and deserves privacy.”

Bennett tweeted, “It is clear @FLOTUS does not feel her tweet addressing the use of her son’s name last week is equatable to Trump’s tweet directed at Thunberg. As in Thunberg is an activist; thus, she is fair game, though 16.”

Statement from @PressSec to me regarding @FLOTUS response to @realDonaldTrump’s tweet directed at @GretaThunberg : https://t.co/4BPxK2KSTd
— Kate Bennett (@Kate Bennett)1576264068.0