Lock her up? Trump’s AG complains that people who want to send their adversaries ‘to jail’ are ‘poisoning the system’ 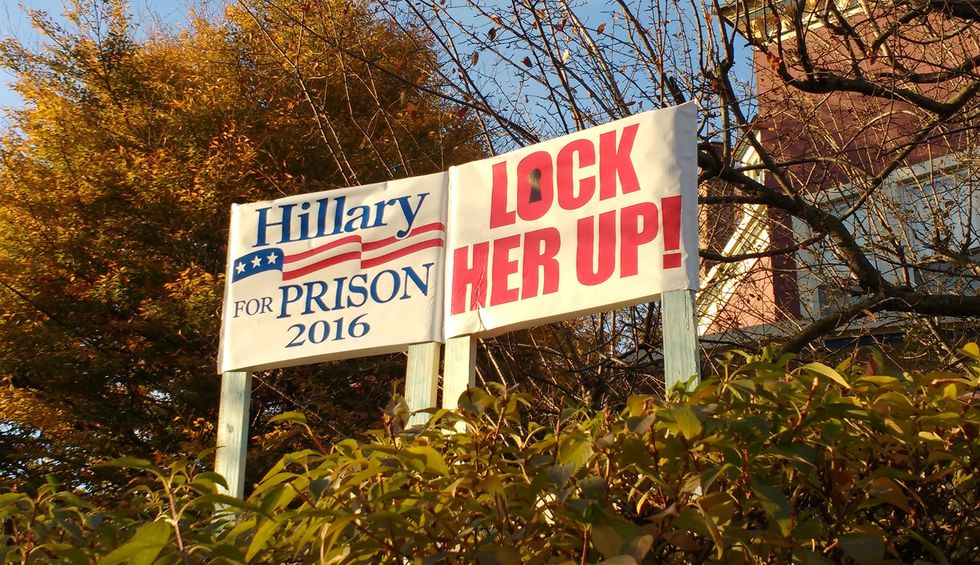 On the day House Democrats announced the specific articles of impeachment they plan to pursue against President Donald Trump, Attorney General William Barr discussed Trump’s 2016 campaign and the FBI’s investigation of Russian election interference during a live Tuesday interview with the Wall Street Journal. Barr was highly critical of the FBI’s 2016 activities in relation to Trump’s campaign, describing them as a “travesty.”

Barr also asserted that those wanting to send their political rivals “to jail” are “poisoning the system.” Trump’s attorney general was referring to the president’s critics, but one thing he didn’t criticize was the “lock her up” chants aimed at Trump’s 2016 Democratic rival Hillary Clinton by his supporters.

The attorney general disagreed with the findings of DOJ Inspector General Michael Horowitz: in a report released on Monday, Horowitz found that the FBI acted ethically and responsibly in its 2016 investigation. But Barr disagrees. And earlier in the day in a separate interview, Barr told NBC News, “I think our nation was turned on its head for three years based on a completely bogus narrative that was largely fanned and hyped by a completely irresponsible press.”

Barr also told the WSJ that one shouldn’t work in the U.S. Department of Justice (DOJ) unless they have spent a lot of time on the outside observing the DOJ — and the DOJ needs to be “sensible” when it comes to deciding what cases it will or won’t pursue.

“I’m impatient with the backlog of cases,” Barr told the WSJ, adding that he has problems with the “esoteric application of the law.”

Barr was asked why he believed that religious freedom is under threat in the U.S., and the attorney general responded, “There should be an accommodation of religion…. Religion is a good thing…… (Religion) has been a very important part of our ability to live together in a community….. There has to be space for real diversity.”

Barr also discussed cyber-security, saying, “Sometimes, it’s hard to assess technological change…. You have to look at it sector by sector.”