Language expert: Trump is a ‘truly inferior person’ with a ‘preliterate’ sense of history 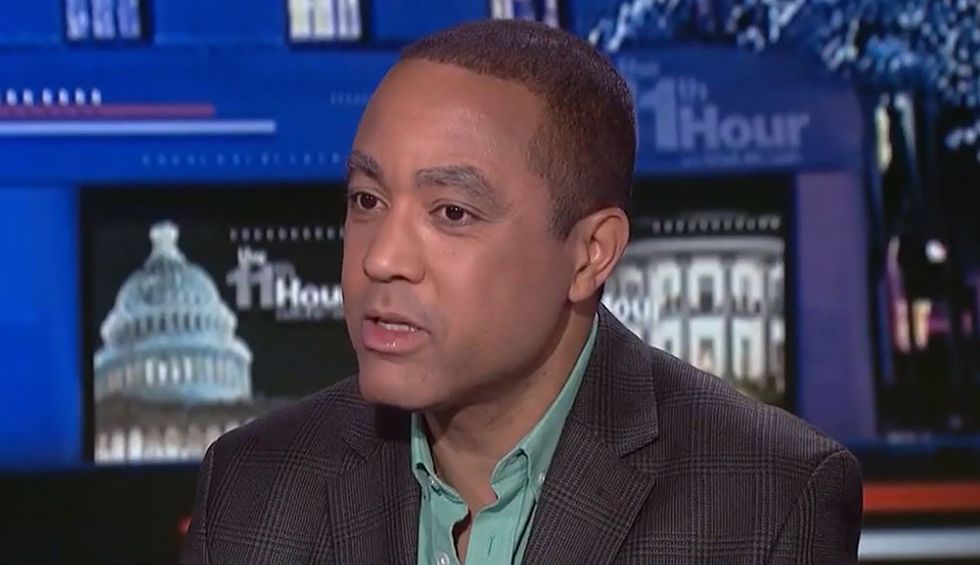 On MSNBC’s “11th Hour,” language expert John McWhorter excoriated President Donald Trump for his attacks on the late Rep. John Dingell (D-MI) — and suggested that the way the president speaks about other people goes directly to his moral character.

“You know, it’s interesting,” said McWhorter. “He’s sitting there using the name, and he’s implying that it sounds like some kind of genital, isn’t that funny. Of course it reminds you of uncle whoever, that counselor at camp. Everything about the man is easy, always easy. For example, never mind the history of the man who he’s talking about and his significance. Donald Trump has the historical sense of roughly a kitchen cabinet. The past doesn’t matter, except as possibly it flatters him in the present.”

“One again, it’s about orality,” continued McWhorter. “Before you can write history down, people tend to preserve history in their heads, often with some one or two people who remember the history, and the history tends to be massaged to fit the needs of people living difficult lives in the present. Just mastering details such as what Franklin Pierce’s wife’s name was. It’s not important if you don’t have paper to preserve those meaningless details. He has this preliterate sense of how history works.”

“And then, just the meanness,” said McWhorter. “If you talk to an actor, they’ll tell you as fascinating as it is to watch somebody be angry in a play, angry is easy. If somebody doesn’t know how to act, it’s fairly easy to have a tantrum. What’s difficult is getting on stage and conveying things such as genuine happiness or remorse or ambiguity, and notice how those three things are utterly alien from anything we’ve seen of Trump. What you see is a certain joy in making fun of other people. This is a truly inferior person to be leading this nation, and the bit with Dingell, he ought to be utterly ashamed of himself. And yet as we know, life will go on, and that thing could possibly be reelected because that’s how life works. We’ve unleashed something that’s truly frightening.”