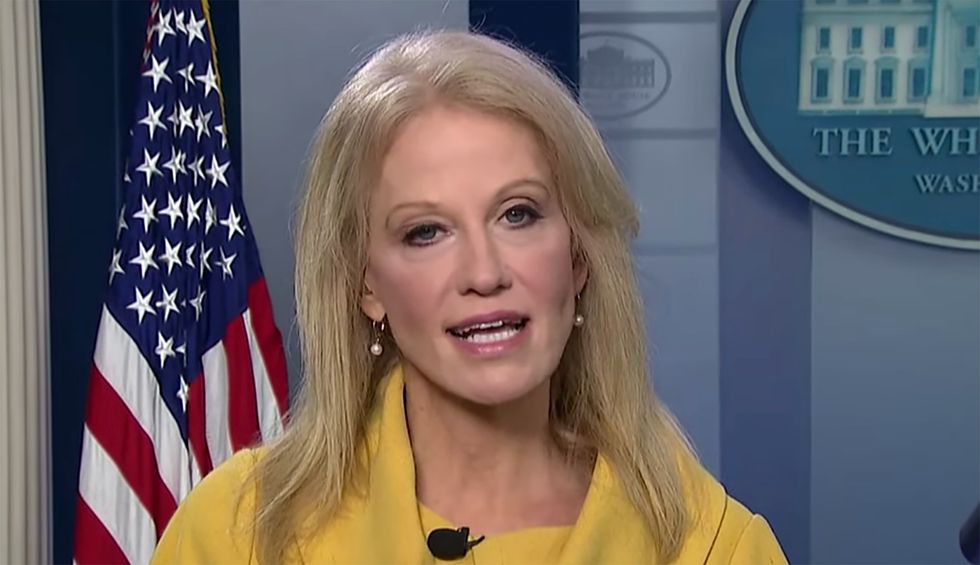 “The White House counsel made very clear this is an illegitimate and unconstitutional process and we maintain that. 12 witnesses, 30 hours later there are no bombshells, a lot of bombs. I keep hearing all these analogies and comparisons to the Nixon impeachment and the Clinton impeachment. The fact is there was evidence of crimes there, direct evidence,” Conway told Fox News’ Bill Hemmer on Monday, as Mediaite reported.

Conway reiterated the White House’s announcement that neither President Trump nor any of his attorneys will accept Judiciary Committee Chairman Jerry Nadler’s offer to appear during this week’s hearing.

“Why would we participate in an exercise they have three witnesses, we can have one and it is constitutional law. Does Adam Schiff want to testify?” Conway said from the usually-dormant White House press briefing room.

“We see no crime here,” Conway claimed. Countless legal and constitutional law experts disagree. “We’re still looking for a crime – let alone a high crime and misdemeanor that would justify impeaching and removing a democratically legitimately elected president from office.”

She went on to claim congressional Democrats were “trying to impeach” Trump even before he was inaugurated.