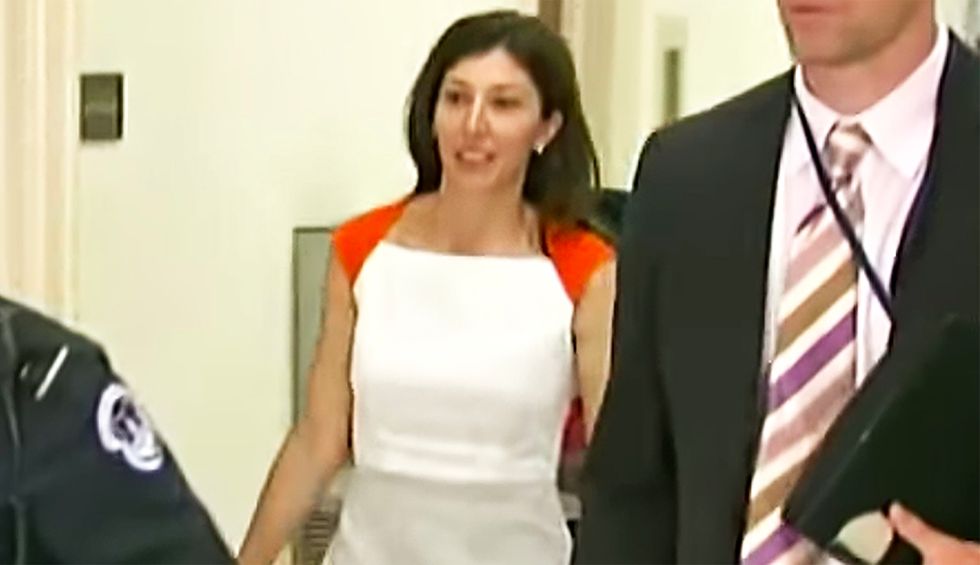 After two years of silence, former FBI attorney Lisa Page recently spoke out about President Donald Trump’s relentless attacks on her in an interview with the Daily Beast’s Molly Jong-Fast. And Jong-Fast, in a December 8 op-ed for the Beast, explains that the interview has been receiving even more attention than she anticipated.

“I thought the story of having your life ruined by Donald Trump might resonate with readers,” Jong-Fast notes, “but I had no idea just how much Lisa Page’s words would penetrate the sea of internet content.”

Page, who served as a special counsel to former FBI Deputy Director Andrew McCabe, has been a frequent target of the far right for exchanging texts with Peter Strzok (a former FBI counterintelligence official) that were critical of Trump. For two years, Page didn’t responded to those attacks. But she broke her silence with the Daily Beast interview.

“This was a genuinely endangered woman trusting me with her story, a story that had been distorted endlessly by the defenders of the president of the United States,” Jong-Fast asserts, noting that while much of the attention her interview received was positive, some of Trump’s lapdogs in the right-wing media have been furious.

“The bad-faith criticism was the most fun,” Jong-Fast observes. “My favorite bit of bad-faith criticism was from a man once described by comedian Jordan Carlos as ‘so stupid that if he looked up in a rainstorm he would drown’: Brian Kilmeade of ‘Fox & Friends.’ I couldn’t even believe my luck. It was one of the most truly beautiful moments of my life, having my journalistic chops questioned by the guy who once tried to roast a marshmallow with his bare hands.”

As Jong-Fast sees it, being lambasted by Trump’s sycophants at Fox News is a badge of honor: the fact that her interview with Page really got under their skin shows that she did her job well. The criticism from Fox News’ Sean Hannity was especially pathetic: Jong-Fast notes that Hannity "offered to ‘educate the journalists’ — I think he means me! — and the so-called mob in the media.”

Jong-Fast adds, “Male Fox News anchors and execs don’t have the best record when it comes to ‘alone time’ with women. Think of Bill O’Reilly, Eric Bolling and Roger Ailes. But my favorite thoughts came from Tucker Carlson’s white power hour, where I was described as ‘an anti-Trump journalist who often mocks the president on Twitter.’ If Tucker Carlson is mad at you, you’re probably doing something right.”

Jong-Fast, however, concludes her op-ed on a melancholy note — lamenting that Page has been attacked so vehemently by the far right.

“I was happy to tell Lisa’s story to talk about the human cost of Trumpism,” Jong-Fast explains. “But honestly, I wish there hadn’t been a story to tell. So does she.”