Here's the general election presidential outlook as we close out 2019 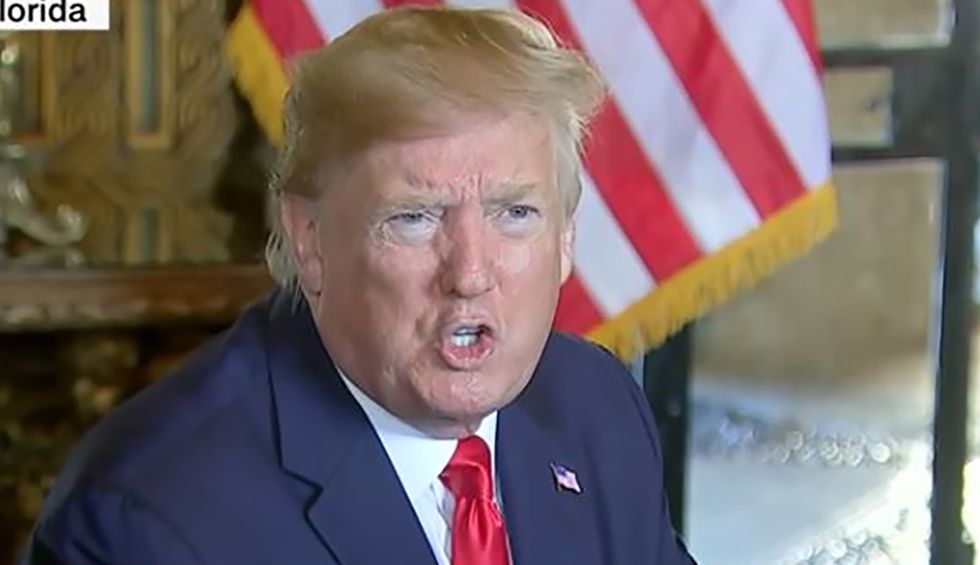 It’s easy to look at this map of Donald Trump’s approval ratings in all 50 states and feel a sense of euphoria. (Orange means disapprove.)

Trump is underwater in his approval ratings in all the key 2020 states—Arizona, Florida, Georgia, Michigan, North Carolina, Pennsylvania, and Wisconsin. There are “flex” states that might end up being in contention, but if Democrats are winning Iowa, they’ve already won the White House. And if Trump is winning Minnesota or New Mexico, he’s already won reelection.

Still, don’t let Trump approval numbers fool you. He was deeply unpopular in 2016 and still eked out his victory, and nothing has changed at the end of 2019. In public and private polling, we know that the seven states above are all within the margin of error. Furthermore, public opinion on Trump is completely strategized. It ain’t budging. And NOTHING will budge it. You either LOVE Trump or you HATE Trump. The end.

Take a look at his approval ratings since he took office:

We haven’t seen his numbers budge more than a point or two up or down. And in the end, they always come back to baseline.

So what does that mean for 2020? It means that, yes, seven states will decide everything, and it will all come down to which party gets more of its voters to the polls. This will be a base election, and nothing else will matter. No one will be persuaded. There will be no undecideds. The Trump coalition hasn’t budged, with one exception—a small percentage of educated suburban white women have flipped (a big reason for the big Democratic gains in 2018 and 2019). So, yes, it’ll be important to cultivate those tentatively new Democrats. But beyond that?

We know Trump will get his older, whiter, more affluent voters to the polls. We need to get lower-performing base liberal voters—young voters, single women, and voters of color. And we can’t assume that Trump will be motivation enough. Remember, he wasn’t enough in 2016.

So can we win? Yes, but it’ll require working harder than the other side, and the other side is working its asses off. So take a breather this holiday season, connect with your family and friends, do the things that bring you joy and happiness and peace and calm. Charge up those batteries, because once the calendar turns, it’s GAME ON.

A reminder: Here are the states that will decide whether we survive as a republic: Arizona, Florida, Georgia, Michigan, North Carolina, Pennsylvania, and Wisconsin. I can tell you from private polling data I’ve seen that all of those states are within 1-3 points of one another, within the margin of error. Yes, even Georgia. This election will go to the team that works harder. So get ready.

See you on the other side.