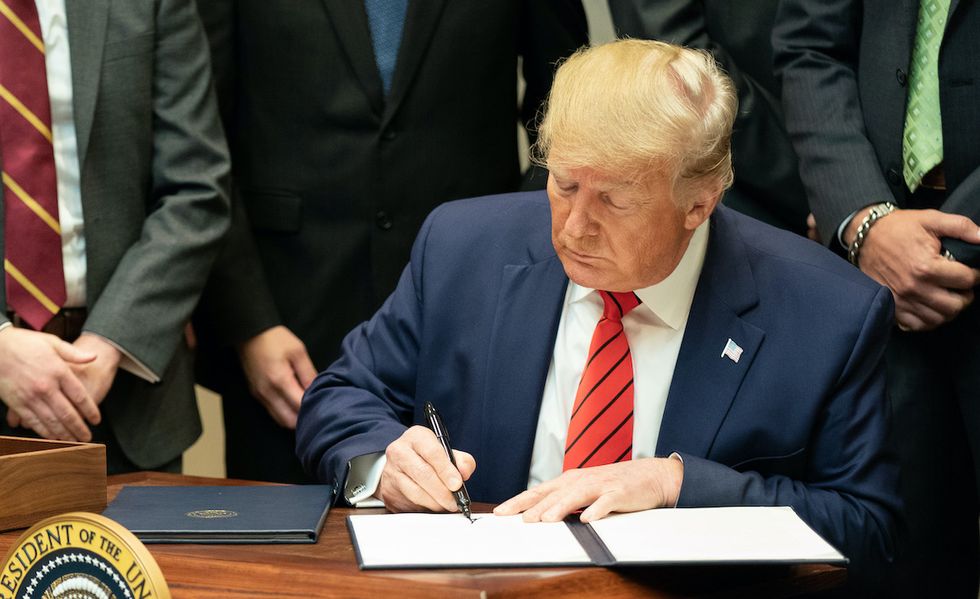 In contrast to the dramatic government shutdown that began at the end of 2018, 2019 is closing out with Democrats and Republicans in Congress agreeing to a massive $1.4 trillion spending measure that will mercifully keep the government open. But because impeachment has swamped most of the debate in Washington, D.C. and the national media, many significant changes in the spending package received relatively little scrutiny.

A few big changes — paid family leave for federal workers, the official creation of the Space Force, the ramp-up in military spending — have received some attention. Such a large and sweeping deal in Congress, though, inevitably ends up stuffed with many changes to federal law, big and small. The rush to pass it ensured that many of these provisions received little to no public debate.

Here are seven major changes included in the deal that have been largely ignored:

In what is likely a massive boon for public health, Congress included a provision in the new deal that prohibits the sale of tobacco to anyone under the age of 21. This limit also applies to vaping products.

But age limits above 18 are often controversial, and despite the benefits such policies can bring, many Americans might be stunned to find this change enacted with little debate.

Congress also raised the pay for federal workers by an average of 3.1 percent. According to the Federal News Network, this raise consists of a 2.6 percent increase across the board, with additional adjustments for federal workers depending on where they are employed.

"The agreement on a 3.1% federal pay raise is significant for several reasons. First, the total is in line with a 3.1% pay raise for members of the military, which Congress secured last month when it passed the current continuing resolution just before the Thanksgiving break," the outlet reported. "And second, it’s only the second time in recent memory in which Congress has actively chosen to differ from the president on the issue of federal pay."

It continued: "The 3.1% federal pay raise is a departure from the president’s proposed raise of 2.6%, which he announced back in August. The 2.6% proposal itself was a huge surprise for the federal workforce, which had expected another pay freeze after the president suggested one in his own 2020 budget proposal."

This new bill will affect the way people save for retirement, but it was passed with almost no public scrutiny. The idea behind it is ostensibly to make retirement savings more secure and increase accessibility to savings mechanisms.

MarketWatch explained that the law included "small businesses tax incentives to set up automatic enrollment in retirement plans for its workers, or allows them to join multiple employer plans, where they can band together with other companies to offer retirement accounts to their employees in the first place. The bill also eliminates the maximum age cap for contributions to traditional individual retirement accounts."

But the act's provisions are complex, and it is expected to have varying effects for individuals in different circumstances.

While Republicans have consistently failed to repeal and replace Obamacare, they were finally able to thwart — with the help of some Democrats — three significant taxes that were enacted under the law.

Under the newly passed package, Congress has gotten rid of the so-called "Cadillac Tax," which penalizes extremely generous health insurance plans, a broader tax on insurance premiums, and a tax on medical devices. The Washington Post editorial board noted that the repeal of these taxes will add to the federal deficit. But their repeal also undermines a goal that, at least in theory, lawmakers almost universally see as worthwhile: restraining the growth of health care costs and spending.

Democrats got a significant win in the spending package in the fight against gun violence, as Politico explained:

The deal would provide federal funding for gun violence research for the first time in over 20 years, marking a majority victory for Democrats and gun control groups that have long lobbied Capitol Hill on the issue. It would designate $25 million for research at the Centers for Disease Control and Prevention and the National Institutes of Health to study gun violence — a field that has largely been stymied since the 1990s, when Congress began using spending bills to bar taxpayer funding for such work.

Given the salience of gun safety to the Democratic Party — and the backlash the issue can inspire on the right wing — it's remarkable that this development has been barely noticed.

Congress approved $1.375 billion in funding for work on Trump's border wall, well below the $5 billion he requested and far short of the estimated $25 billion the entire project could require. However, Trump may still try to use military funds not specifically allocated for physical barriers to fulfill his major campaign promise. Some of these efforts are facing court challenges.

Given that a dispute over the border wall funding fueled a month-long government shutdown at the beginning of 2019, it's notable that there was relatively little consternation about these provisions now. One implication is that Trump learned his lesson last time — forcing the government to shut down will not help him get his way.

7. Increased funding for science and research

Congress and American media severely neglect the topic of government funding of science, which, in light of the extreme challenges climate change and other hazards pose to human wellbeing, falls drastically short of what would be desirable. But there are some significant signs that spending is moving in the right direction on this front in the new package, as Science Magazine explained:

Correction: The size of the spending package approved by Congress as described above was incorrect in an earlier version of this article. The number has been corrected and updated.