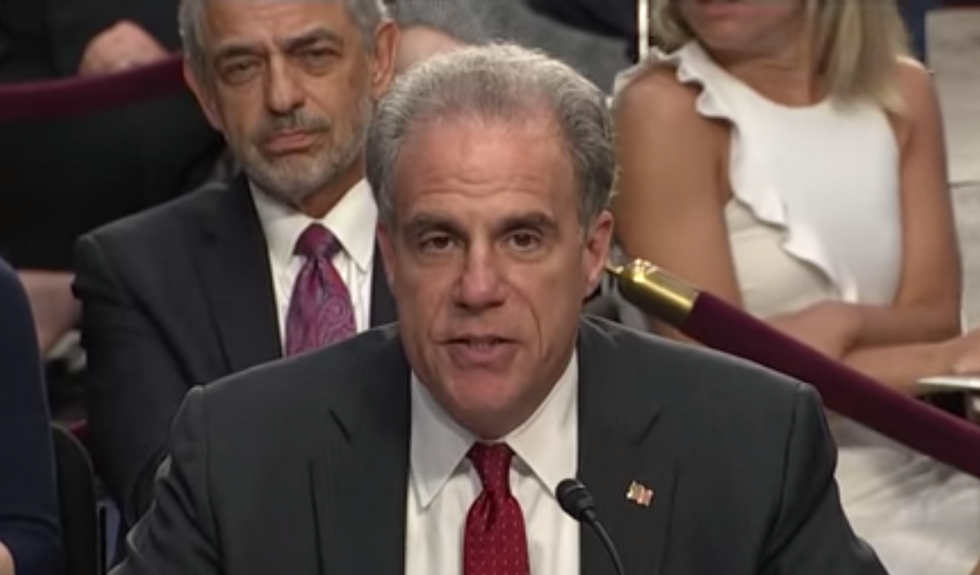 Earlier this week, Michael Horowitz — inspector general for the U.S. Department of Justice (DOJ) — delivered his 434-page report on the FBI’s 2016 investigation of Russian interference in the presidential election and possible Russian ties to Donald Trump’s first presidential campaign. And on Wednesday, Horowitz testified before the Senate Judiciary Committee. The hearing got underway shortly after 10 a.m. EST with a lengthy opening speech from Republican Senate Judiciary Chairman Lindsey Graham, followed by a speech from Democratic Sen. Dianne Feinstein of California.

Neither Graham nor Feinstein were critical of Horowitz’ report, but during their questioning of Horowitz, they spun the report in different ways — with Graham jumping through hoops on Trump’s behalf, while Feinstein shot down the conspiracy theory that the FBI spied on Trump’s campaign in 2016.

Here are some of the highlights of Horowitz’ testimony.

1. There was no evidence of FBI showing political bias in 2016

Trump sycophants and conspiracy theorists have repeatedly claimed that in 2016, the FBI’s investigation was biased against the Trump campaign and motivated by a desire to see Democrat Hillary Clinton elected president. But Horowitz testified that the U.S. Department of Justice’s Office of the Inspector General (OIG) “did not find that political bias” influenced the FBI’s 2016 investigation.

When Feinstein asked Horowitz if the OIG found any evidence of President Barack Obama asking the FBI to spy on the 2016 Trump campaign, Horowitz responded, “We certainly didn’t see any evidence.” Feinstein, during her questioning, also asked Horowitz if, in 2016, there were FBI agents who “had views that were both favorable and unfavorable to candidate Trump” — and Horowitz confirmed that there were.

During his testimony, Horowitz testified that the OIG report found no “evidence of intentional misconduct” during the FBI’s 2016 investigation — including the surveillance of Republican Carter Page, who worked on Trump’s campaign. But “intentional” is the operative word: Horowitz testified that the OIG found “basic and fundamental errors” in the FBI surveillance of Page, and those “errors” didn’t live up to FBI standards. That included FISA warrants.

“The FISA process was not used appropriately,” Horowitz testified.

4. FBI did not plant spies inside Trump’s campaign

Horowitz’ report showed that although the FBI did place Page under surveillance in 2016, there was never a full-fledged spying operation against the entire Trump campaign — Page was the only one actually placed under surveillance. When Sen. Patrick Leahy asked Horowitz if his report for the OIG finds any evidence of a “Deep State” conspiracy being carried out against the Trump campaign by the FBI in 2016, Horowitz responded, “It finds that it was a properly predicated investigation based on the rules of the FBI.”

5. Russian interference in the 2016 election was real