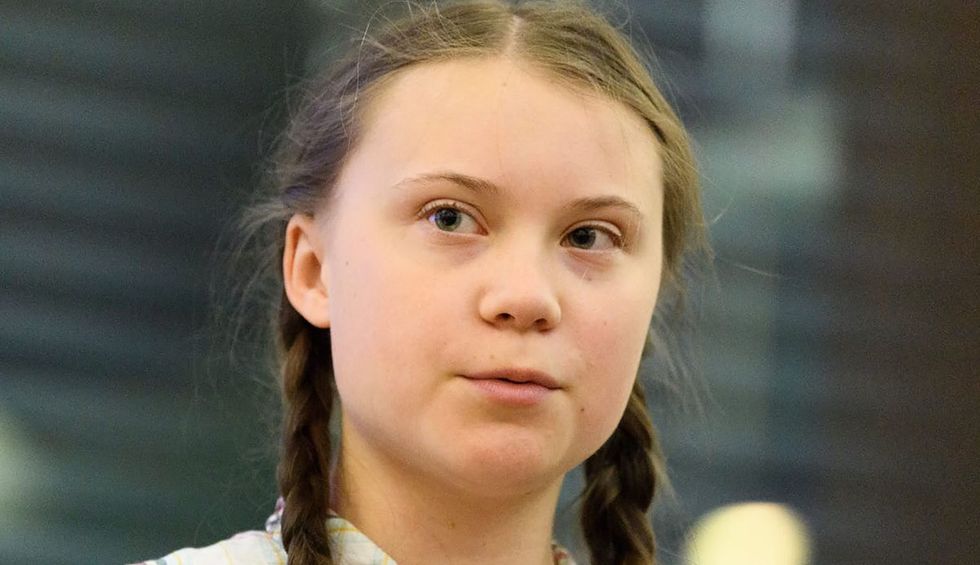 President Donald Trump on Thursday tweeted that Greta Thunberg — the 16-year-old climate change activist who Time magazine chose to be its "Person of the Year" — was someone who needs “Anger Management” and should just “go to a good old fashioned movie.”

“So ridiculous. Greta must work on her Anger Management problem, then go to a good old fashioned movie with a friend! Chill Greta, Chill!” Trump tweeted.

Thunberg, in an apparent response to the president's tweet, changed her Twitter profile to describe herself as “a teenager working on her anger management problem. Currently chilling and watching a good old fashioned movie with a friend.”

Trump was replying to a tweet by producer and author Roma Downey, which congratulated Thunberg for being named "Person of the Year." In awarding Thunberg with their honor, Time magazine wrote that the teenage activist was part of a rising generation of “leaders with a cause and a phone who don’t fit the old rubrics but who connect with us in ways that institutions can’t and perhaps never could.”

It also connected her climate strike to “the student-led protests on the streets of Santiago, Chile, to the young democracy activists fighting for rights and representation in Hong Kong to the high schoolers from Parkland, Fla., whose march against gun violence Thunberg cites as an inspiration for her climate strikes.”

First lady Melania Trump, who has publicly adopted opposition to bullying as one of her signature causes, has not spoken out about her husband's public criticism of a teenage girl who has already been bullied by conservatives for having autism. Earlier this month, the first lady tweeted in response to a comment by Stanford law professor Pamela Karlan about her son Barron Trump, “A minor child deserves privacy and should be kept out of politics. Pamela Karlan, you should be ashamed of your very angry and obviously biased public pandering, and using a child to do it.”

President Trump is not alone among conservatives in protesting Thunberg’s selection. Fox News host Laura Ingraham said Wednesday that the distinction should have gone to the Hong Kong democracy protesters, because they are “putting their lives in danger. They’re not being celebrated, really, on the late night TV shows, really. They’re putting their lives in danger. Some of them have been killed, wounded badly, targeted. They have to wear facial masks.” Because those protesters had won the Time reader poll for person of the year, the Fox News host also argued that the magazine had chosen Thunberg “in spite of its own reader poll.”

Meghan McCain also criticized the selection of Thunberg, telling audience of “The View” that “it’s hard for me to talk about Greta Thunberg, because she’s 16. And I still don’t believe in attacking underage people. I disagree with her. I think everyone knows how I feel about climate change as a religion on the left. But I’m not going to attack a 16-year-old in the same way that I don’t agree with attacking Barron Trump.”

It was discovered in 2017 that the president had posted a framed phony Time magazine cover featuring himself on the walls of several of his golf clubs. The faux cover showed a picture of the future president with his arms crossed and the text reading, “Donald Trump: The ‘Apprentice’ is a television smash!” It was ostensibly published on March 1, 2009, even though the magazine did not publish an issue attributed to that day. On the following day, an issue was published with actress Kate Winslet on the cover.