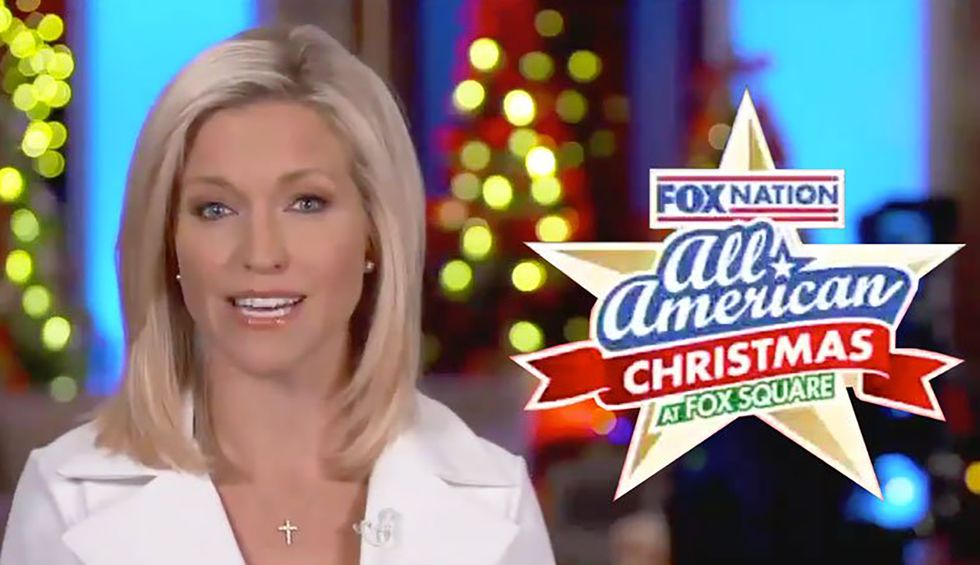 Fox Nation, the streaming platform from Fox News, has released an advertisement which celebrates “an all-American Christmas” yet does not appear to include any people of color.

Using phrases like “celebrate America and our traditions,” the promo flagged by Media Matters features a number of Fox personalities, as well as clips from classic Christmas recordings. But only the faces of white individuals are shown, including “Fox & Friends” cast members and Fox News primetime star Sean Hannity.

The imagery appears to suggest that diversity is not part of “an all-American Christmas,” a question which Salon posed to Fox News. Thus far, the cable channel has not responded to Salon's request for comment.

Fox News has long championed the dubious claim that there is a “War on Christmas,” one in which traditional Christmas celebrations, iconography and rituals are endangered by liberalism and multiculturalism. There are clear racial undertones to claims that such a war exists.

As Salon’s Chauncey DeVega wrote last year, “There is another dimension to the ‘War on Christmas’ and the broader right-wing obsession with the culture wars. Both are examples of white identity politics and a deep desire (and effort) to maintain the cultural and political power of white right-wing Christians over all other groups. In many ways, the ‘War on Christmas’ is actually a proxy war for white supremacy.”

You can watch the Fox Nation "all-American Christmas" promo below via Twitter: