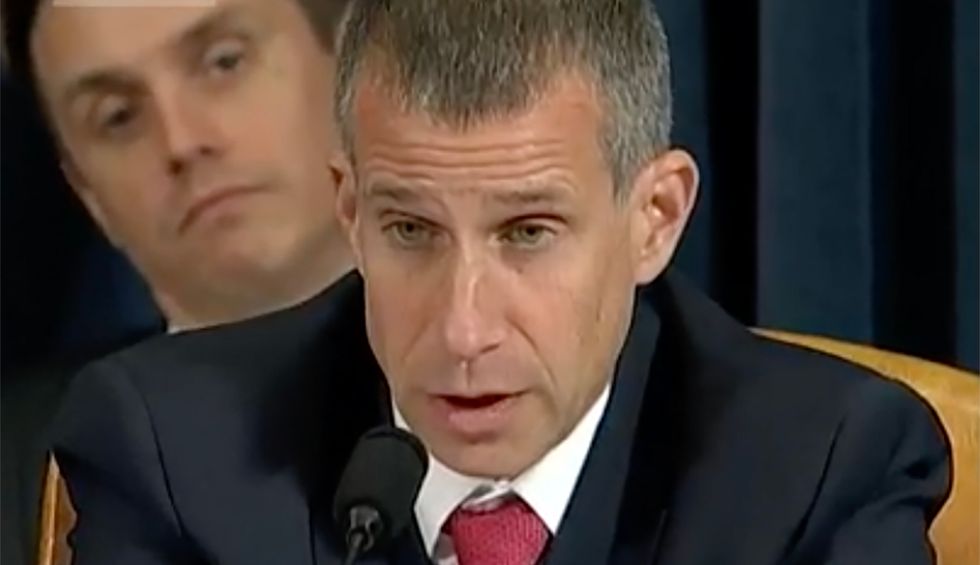 Attorney Steve Castor, the Republican Party’s lead counsel in House Judiciary Committee impeachment hearings, did his best to defend President Donald Trump — but many experts believe his best was far from sufficient.

Throughout his opening statement, Castor barely touched upon the core allegations that Trump abused his office in order to pressure a foreign government to launch an investigation into his top rival in the 2020 presidential election.

In fact, Castor spent most of his time attacking Democrats, whom he accused of making up wild charges to bring down the president.

One of Castor’s more unique arguments was criticizing Democrats for asking former Trump “fixer” Michael Cohen to testify earlier this year on the grounds that Cohen had already pleaded guilty to lying to Congress. What Castor didn’t mention, however, was that Cohen lied to Congress with the explicit intent of defending the president.

“Steve Castor’s attack on Michael Cohen’s credibility offers an exciting concept for the GOP defense of the president: ‘You can’t trust any of these witnesses, they worked for Donald Trump, obviously they are criminals,'” joked conservative David Frum on Twitter.

“Castor tries to dismiss Michael Cohen’s testimony by calling him a ‘disgraced felon,'” wrote Princeton historian Kevin Kruse. “Yeah, wow. Imagine who would ever use that guy as their personal attorney and fixer.”

“Castor saying this is the thinnest factual record in any impeachment does not make it true,” she wrote. “In fact, the evidence is more than ample and clearly establishes 45 endangered US security by extorted Ukraine to benefit his 2020 reelection.”

And criminal defense attorney Teri Kanefield said that Castor’s defense of Trump was so bad that he would have been laughed out of court.

“Sometimes defense lawyers have no choice but to present lame defenses — but the unspoken rule is that the defense has to pass two legal tests: the Laugh Test and the Eye-roll Test,” she wrote. “Steve Castor’s defense fails both.”