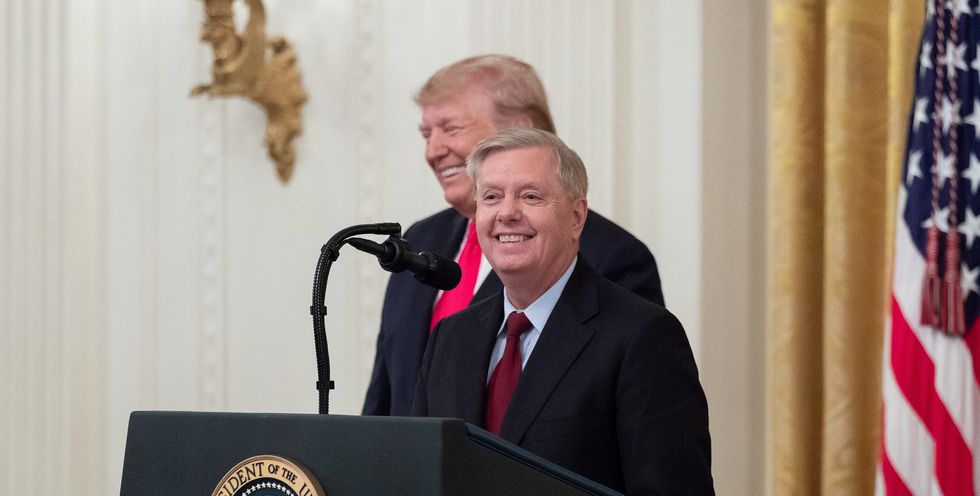 The House Judiciary Committee, on Friday morning, voted 23-17 in favor of two articles of impeachment against President Donald Trump: abuse of power and obstruction of Congress. Those articles are expected go to the House floor for a full vote next week. Conservative Washington Post opinion writer Jennifer Rubin argues in her Friday column that there are two important takeaways following the House Judiciary vote: Trump is “the most corrupt president” in U.S. history, and the Republican Party, in general, is corrupt for sticking by him.

“For the Republican Party, this episode is, we can only hope, the final nail in a party that has become a mouthpiece for foreign propaganda and an anti-democratic enabler of a corrupt president,” Rubin asserts. “We arrived at this point because Republicans rejected character as a qualification for president.”

The conservative journalist adds, “Republicans joined in Trump’s assault on facts. Republicans attacked and smeared the intelligence community; Republicans refused to hold Trump accountable for obstruction of Robert S. Mueller III’s Russia investigation in Russian interference in the 2016 election, and Republicans refused to find fault and perhaps agree on a lesser penalty than impeachment. Without a willing and deceitful right-wing media and ‘useful idiots’ in the House Republican caucus, we would not now be facing the ordeal of impeachment.”

The corruption of pro-Trump Republicans, Rubin laments, is evident in not only the U.S. House of Representatives but also the U.S. Senate. If the full House votes to impeach Trump for the abuse of power and obstruction of Congress articles — which is likely — a Senate trial would follow. Countless political pundits agree that Trump is almost certain to be acquitted in the Senate, where Republicans slightly increased their majority in the 2018 midterms.

Rubin acknowledges that the odds are in Trump’s favor in the Senate, writing that Senate Majority Leader Mitch McConnell is “already colluding with the White House to conduct a sham Senate trial in which witnesses will be prevented from testifying.” The columnist warns, “McConnell hammers the last nail in the coffin of the Senate’s reputation when, without hesitation nor any concern for the institution and in the role of the trial juror’s foreman, he plots with the defendant to promulgate rules that ensure the least amount of fuss in the march to their predetermined outcome.”

“I remain still optimistic that a sane, sober, decent and minimally informed majority will send Trump and the GOP packing,” Rubin writes. “The 2018 midterm results give me hope that Trump has awakened a slumbering citizenry that still knows right from wrong and facts from lies. Those who still love democracy, constitutional government, the rule of law and the promise of a multiracial and multiethnic democracy had better choose a Democratic nominee wisely and then work like hell to elect him or her. The alternative is unimaginable.”