Conservative columnist calls Trump a ‘sick human being’ for hateful attack on late congressman: ‘He clearly wants to inflict pain’ 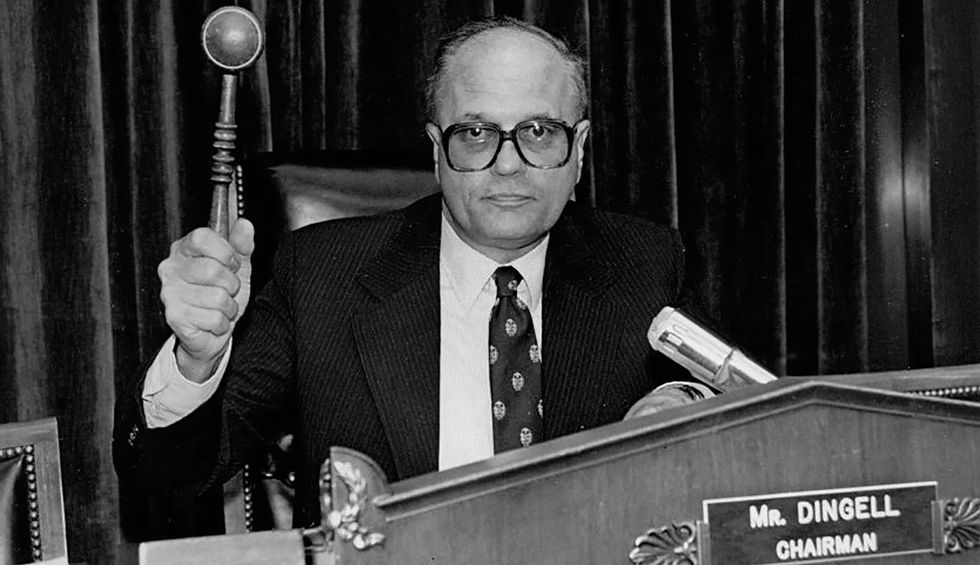 No matter how many offensive things President Donald Trump says, most people in the right-wing media are afraid to call him out — and true to form, they remained silent when Trump attacked and defamed the late Michigan Rep. John D. Dingell during a December 18 MAGA rally in Battle Creek, Michigan and implied that he was in hell. But Kathleen Parker is one conservative journalist who isn’t giving Trump a pass: in a scathing Washington Post column, she points to the Dingell controversy as a prime example of how low Trump can sink.

“No news here, but the president of the United States is a sick human being — charitably speaking,” Parker asserts. “His recent behavior at a campaign rally in Michigan on the very night of his impeachment was several notches below even his usual flair for giving offense.”

Implying that Dingell was in hell was Trump’s way of taking a cheap shot at the late Democratic congressman’s widow, Rep. Debbie Dingell, who voted to impeach him. John Dingell, who was 92 when he died on February 7, 2019, was the longest serving congressman in U.S. history: he entered the U.S. House of Representatives via Michigan in 1955 and remained until January 2015.

Although right-wing politically, Parker is far from a knee-jerk Republican Party hack along the lines of Rush Limbaugh or Sean Hannity — and over the years, she has taken some positions that strayed from Fox News/AM talk radio orthodoxy. Parker, for example, declared that nominating Sarah Palin as Sen. John McCain’s running mate in the 2008 presidential election was a colossal blunder for the Republican Party. And when Barack Obama was president, she viewed him as a centrist rather than a staunch liberal.

Trump’s attack on John Dingell, Parker writes, was motivated by a desire for “revenge.” Parker explains, “Trump no doubt expected Debbie Dingell to reward his beneficence by voting ‘no’ on impeachment, which didn’t happen. He was angry. But Trump’s is no ordinary anger. When he lashes out, he goes for the kill. He clearly wants to inflict pain and then spit on his prey’s grave.”

Parker notes that another widow who was “mocked by the president” was Cindy McCain, Sen. John McCain’s widow.

“It’s apparent by now that Trump has a problem with men who are his superiors — and in Debbie Dingell’s case, he relishes torturing their spouses,” Parker writes. “One needn’t be a psychologist to sort out such odious, misogynist behavior.”

Parker goes on to assert that John Dingell was a class act, and she has the same view of Debbie Dingell.

“For the record: John Dingell is widely considered one of the finest public servants ever elected to office,” Parker observes. “And Debbie Dingell has picked up where he left off. Two more decent people you’re unlikely to meet. Debbie tweeted directly to Trump that she was hurt by his remarks, which is understandable. But frankly, Trump isn’t worthy of her thoughts, much less her pain.”

Parker also notes that John Dingell had a friendly relationship with a fellow World War II veteran: President George H.W. Bush — even though one was a Democrat and the other was a Republican. Dingell said of Bush 41, “President Bush always cared about people” — and Parker writes, “The same can be said about both Dingells but surely not about Trump. What a shame that cruelty isn’t an impeachable offense.”