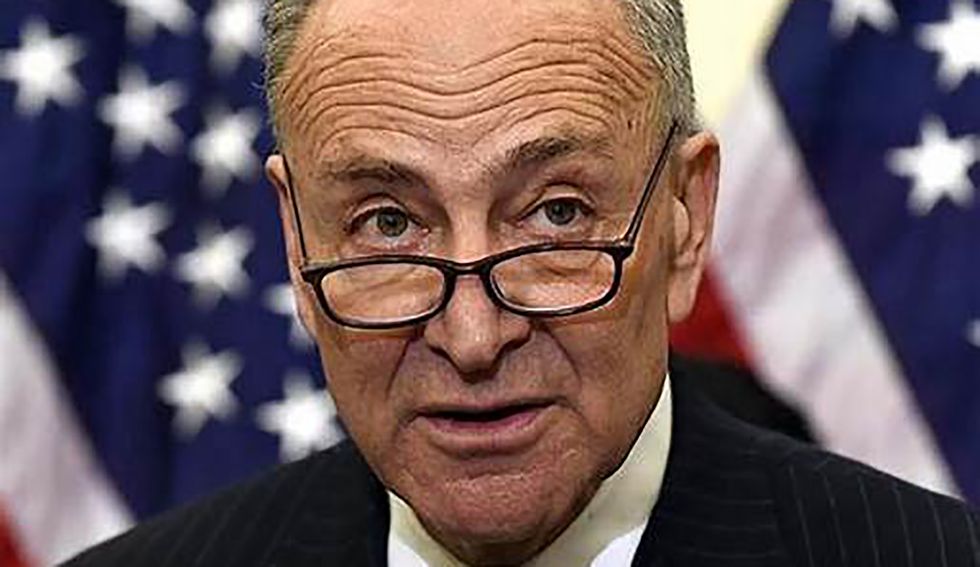 Senate Minority Leader Chuck Schumer is calling on Republicans to make at least a gesture toward fulfilling the oath to “do impartial justice” that senators swear at the beginning of an impeachment trial. Schumer sent Majority Leader Mitch McConnell a proposal for a fair trial, including subpoenas for acting White House chief of staff Mick Mulvaney, former national security adviser John Bolton, and Robert Blair and Michael Duffey, an adviser to Mulvaney and a top Office of Management and Budget official, respectively. The subpoenas would come from Chief Justice John Roberts, making them a touch more difficult for the White House to defy.

Schumer is also calling for documents the White House has refused to provide.

”The trial must be one that not only hears all of the evidence and adjudicates the case fairly; it must also pass the fairness test with the American people,” Schumer wrote to McConnell. “That is the great challenge for the Senate in the coming weeks.” It’s a challenge McConnell has already said he plans to ignore, pledging “total coordination” with the White House.

Schumer’s proposal broadly follows the timeline of the Clinton impeachment trial, with House impeachment managers and Trump’s defense team each getting 24 hours to make their case and 16 hours of questions from senators. Witnesses would give up to eight hours of testimony each. McConnell would prefer to avoid witnesses at all, while Donald Trump has suggested he’d like to turn the trial into a circus by demanding witnesses like Hunter Biden and the original whistleblower, whose testimony would be irrelevant since it’s been so fully corroborated by people who actually witnessed the events in question.

The House Judiciary Committee’s report makes clear why impeachment is so critical, because ”We cannot rely on the next election as a remedy for presidential misconduct when the president is seeking to threaten the very integrity of that election.” But that, of course, is one of the reasons Republicans are so determined to protect Trump. It’s that will to power that’s why Sen. Lindsey Graham says “I clearly made up my mind. I’m not trying to hide the fact that I have disdain for the accusations in the process.”

A spokesman said that McConnell “has made it clear he plans to meet with Leader Schumer to discuss the contours of a trial soon. That timeline has not changed.” But what also hasn’t changed, as far as we know, is McConnell’s determination to avoid anything that fully airs the evidence against Trump. Since McConnell can only afford two Republican defectors on votes, though, there’s a chance that Democrats may be able to get some movement toward impartial justice. And Schumer is not ruling out having the House withhold the impeachment articles if the Senate makes clear there will not be a fair trial.