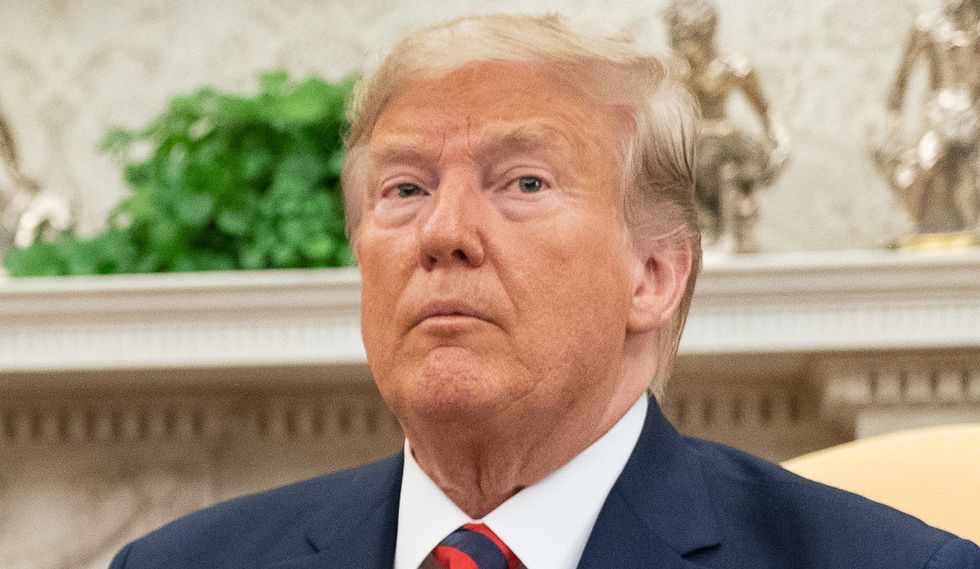 Arms experts warned of negative global implications after the Pentagon on Thursday test-launched a second missile that would have been banned under a Cold War-era treaty that U.S. President Donald Trump ditched in early August.

Trump ignored concerns about the impacts on global security and formally withdrew from the Intermediate-Range Nuclear Forces (INF) Treaty after suspending U.S. obligations under the deal in February and giving Russian President Vladimir Putin six months to destroy weapons that the U.S. government and NATO deemed noncompliant with the bilateral agreement. The deal outlawed land-launched missiles with a range of 500–5,500 kilometers or about 310–3,400 miles.

The Pentagon announced Thursday that it successfully conducted a flight test of "a prototype conventionally-configured ground-launched ballistic missile" from a pad at Vandenberg Air Force Base in California. Pentagon spokesman Lt. Col. Robert Carver told DefenseOne that "data collected and lessons learned from this test will inform the Department of Defense's development of future intermediate-range capabilities." Carver said the missile flew more than 500 kilometers and landed in the ocean.

"This is a reckless and unnecessary escalation that's going to exacerbate tensions with Russia, China, and North Korea—all of whom would be in range of this type of missile if it is ever deployed," Arms Control Association executive director Daryl Kimball told The Associated Press. "The other problem for the Defense Department is that there is no NATO or East Asia ally that has yet said they are interested in hosting such a missile because this would put them on the Russian, Chinese, or North Korean target list."

After the test, Defense Secretary Mark Esper told reporters that "once we develop intermediate-range missiles and if my commanders require them, then we will work closely and consult closely with our allies in Europe, Asia, and elsewhere with regards to any possible deployments."

The Wall Street Journal reported that Esper did not disclose a time frame for those deployments. However, Kingston Reif, director for disarmament and threat reduction policy at the Arms Control Association, said that given destabilization risks that come with development and deployment, "it seems highly unlikely that U.S. allies in Europe or Asia would ever agree to host such a system."

"We could deploy such a missile in Guam, but its survivability wouldn't be assured there," Reif told the Journal, referring to China's ability to strike the U.S. territory, which is located 2,000 miles from North Korea and 1,800 miles from China in the western Pacific Ocean.

Sounds like US defense posturing is dancing to the pipe of the defense contractors rather than being the result of… https://t.co/7ovsqdAam2
— Hans Kristensen (@Hans Kristensen) 1576208748.0

In late August, within a few weeks of the Trump administration exiting the treaty that was signed in 1987, the Pentagon fired a Tomahawk Land Attack Missile from a mobile ground-launcher at San Nicolas Island, California. That move also alarmed arms experts and disarmament advocates, who declared that "the nuclear weapons arms race is here."

Reif, in a tweet Thursday, suggested that the Pentagon's latest test is more significant than the one that it conducted a few months ago.

"This is a bigger deal than the Tomahawk-on-a-trailer ground-launched cruise missile test in August, which itself was a big deal," Reif wrote. "If it's ever deployed, a 3,000-,4000 [kilometer] ground-launched IRBM could promptly strike deep into Russia and China (and North Korea)."

According to Russia's state-owned news agency TASS, Russian presidential spokesman Dmitry Peskov told reporters Friday: "We've said more than once that the United States has been making preparations for violating the INF Treaty. This [missile test] clearly confirms that the treaty was ruined at the initiative of the United States."

Putting the test into broader context, the AP noted:

The test comes amid growing uncertainty about the future of arms control. The last remaining treaty limitation on U.S. and Russian nuclear weapons—the New START treaty of 2010—is scheduled to expire in February 2021. That treaty can be extended for as long as five years without requiring a renegotiation of its main terms. The Trump administration has indicated little interest in doing so.

The test also followed bipartisan approval of the $738 billion 2020 National Defense Authorization Act (NDAA) in the Democrat-controlled U.S. House of Representatives. The military spending bill—which gives Trump "Space Force" as well as the ability to continue waging endless wars and fueling the humanitarian catastrophe in Yemen—is expected to soon pass the GOP-controlled Senate.