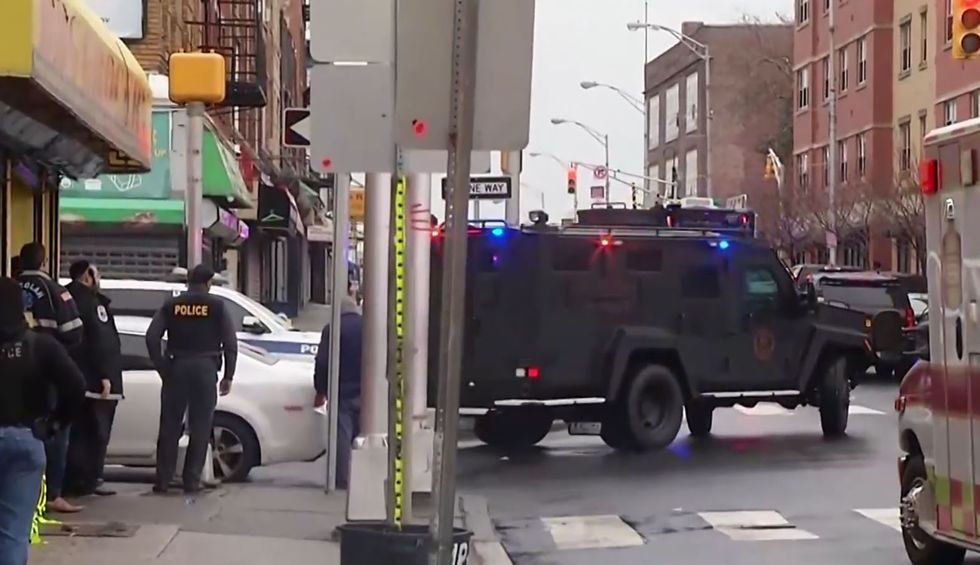 When the news first crossed the wires Tuesday about a lethal attack on a Jewish market in Jersey City, New Jersey, in which six people, including a police officer and the two gunmen, died, speculation ran rampant on social media that it might be another act of far-right terrorism inspired by anti-Semitism. After the smoke had cleared, that concern had largely been confirmed, but with a complicated twist: at least one of the perpetrators turned out to be an apparent follower of the black-nationalist Black Hebrew Israelite movement, which is indeed deeply anti-Semitic, and which has inspired an ongoing litany of violent acts over the past decade and longer.

According to The New York Times, 47-year-old David N. Anderson—who had posted anti-Semitic material on social media before the attack, and left a rambling manifesto behind in a van left at the scene full of hateful references to Jews—was connected to the Black Hebrew Israelite movement. He and 50-year-old Francine Graham, the second suspect, opened fire on customers inside the Jewish market after having first shot a Jersey City police detective near a cemetery.

The scene turned into a six-hour shootout and standoff with police, at the end of which both suspects were killed. A pipe bomb was found in the van alongside the manifesto. Police spokesmen have denied that the incident was terrorism, but local Jewish leaders are insisting that the case is a clear-cut hate crime.

Black Hebrew Israelites occupy a complicated space in the realm of right-wing extremism. Black nationalists such as these groups are largely isolated from other sectors of the far right, which are dominated by white nationalists, but still draw many of their ideas from bigoted and anti-Semitic elements of the old white-supremacist right.

This is acutely true of Black Hebrew Israelites, because they adhere to a kind of religious belief system that portrays black people as the true Children of Israel. It is remarkably similar in form and content—in many ways a kind of mirror image—to the old Christian Identity movement, which held that white people are the true Israelites, and that Jews are the literal descendants of Satan. This was the religion practiced by the Aryan Nations church in northern Idaho in the ’80s and ‘90s, which spawned a wave of horrific crimes around the West, as part of Identity’s program to create an all-white homeland in the Pacific Northwest; Black Hebrew Israelites similarly advocate for creating an all-black homeland for African Americans.

The outcome of all these movements is a vicious anti-Semitism. And while many black nationalists, such as Nation of Islam, remain mostly nonviolent in nature, their innate anti-Semitism is echoed in more violent terms among related movements such as the Black Hebrew Israelites, who have been connected to a number of violent incidents around the U.S. for some time.

The most notorious illustration of this was a speech given by NOI’s Louis Farrakhan in 2015 in which he responded to recent police shootings of black people by apparently urging violent retaliation: “Retaliation is a prescription from God to calm the breasts of those whose children have been slain … So if the federal government will not intercede in our affairs, then we must rise up and kill those who kill us; stalk them and kill them and let them feel the pain of death that we are feeling!”

And yet while black nationalists, including the Nation of Islam, share many structural similarities to their white-supremacist counterparts, they are not, as the Southern Poverty Law Center explains, analogous to them: “They should not be seen as equivalent to white supremacist groups—such as the Ku Klux Klan or neo-Nazis—in terms of their history of violence and terrorism.”  Nor are their numbers even comparable; black nationalists comprise a tiny fringe with membership in the low thousands, compared to the multiple hundreds of thousands like engaged in right-wing extremist movements, particularly online.

Moreover, their hatred and paranoia about white people—unlike, say, white-nationalist fears of a looming “white genocide” that have fueled the recent wave of far-right violence—and their ability to inflict grievous harm on the African-American community is at least grounded in historical factual reality. Black extremism, in fact, is a reaction to real and brutal oppression.

Black Hebrew Israelites have been ratcheting up both their rhetoric and their real-world violence over the past decade. One of the most recent incidents, in October 2018, involved a Black Israelite in Miami who attacked worshippers at a synagogue with a knife, though no one was injured.

The movement was in the news earlier this year when a group of red-MAGA-hatted white teenagers became embroiled in a confrontation in Washington, D.C., with a cluster of Black Hebrew Israelites who shouted bigoted slogans at each other, while a Native American man beating a drum attempted to break up the confrontation. The brouhaha was captured in a video that went viral, especially after the white teens mocked the drummer as well.

A spokesman for the Philadelphia chapter of the Black Hebrew Israelites denounced Tuesday’s violence. “Everybody expects us to be violent because the things we are talking about are so horrible, what has happened to us in America. They just assume we’re going to be street thugs and criminals," Commanding General Yahanna of the Israelite School of Universal Practical Knowledge told the Philadelphia Inquirer. “We pull brothers out of prison and off the street and turn their lives around, have them open a Bible.”