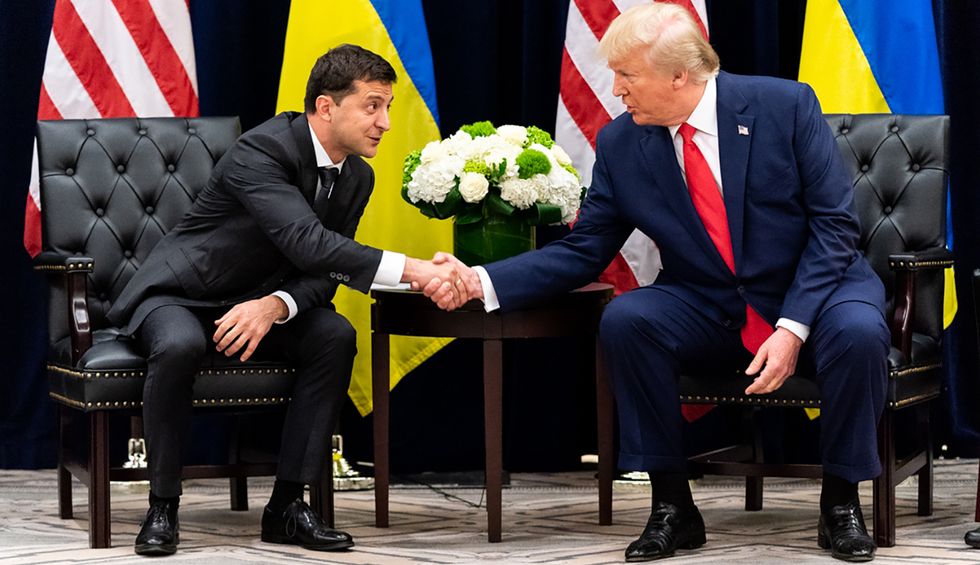 Donald Trump is on course to kick off 2020 with a string of embarrassing revelations about everything from Ukraine to the Russia probe, potentially putting Senate Republicans in a horrific political bind early next year as they try to navigate a fraught impeachment trial. A Monday afternoon ruling dismissing a lawsuit filed in October by White House deputy national security adviser Charles Kupperman served as a reminder that Trump's house-of-cards claim to “absolute immunity” is likely to crumble in spectacular fashion in the new year.

Kupperman, the top aide to former national security adviser John Bolton, had asked the court to decide whether he should comply with a congressional subpoena for testimony or honor Trump's assertion of absolute immunity. But U.S. District Judge Richard Leon declared the matter moot Monday after the House withdrew its subpoena in order avoid a lengthy court battle and the White House likewise argued for the case's dismissal. Kupperman had urged Judge Leon to make a determination anyway, and the dismissal of the lawsuit means that the definitive ruling on the dispute between House Democrats and the White House is now the sweeping setback U.S. District Judge Ketanji Brown Jackson delivered to Trump in November in the case of former White House counsel Don McGahn. Judge Jackson spent 118 pages spelling out the notion that "presidents are not kings" and "no one is above the law" in granular judicial detail. Jackson's ruling is currently on hold as the Justice Department appeals it, but the implosion of Kupperman's case attaches Bolton's fate to a decision that roundly rejected Trump's effort to summarily block any and all executive branch cooperation with Congress.

Former Justice Department official Neal Katyal told MSNBC Monday that he had "always" believed that getting the testimony of former Trump aides such as Bolton and McGahn was an "exceptionally high probability." And hearing from Trump's top aides became ever more pertinent with new reporting from The New York Times that firmly ties both White House chief of staff Mick Mulvaney and top budget officials to repeated efforts to block congressionally approved security assistance from being released to Ukraine.

Heading into the new year, Democrats will continue to question why Trump and Senate Majority Leader Mitch McConnell remain so eager to block witnesses from testifying in the Senate impeachment trial. What do they have to hide? Democrats could very likely get a boost in their quest for a fair trial by court rulings that shred Trump's pervasive blockade of executive branch cooperation. But even if Senate Republicans succeed in blocking a meaningful trial from proceeding, they will still face the distinct possibility of major revelations continuing to surface in 2020 that ultimately haunt their reelection bids.