'Aiding and abetting': Stunned Americans slam 'traitor' Tucker Carlson for once again declaring he is on 'the side of Russia' 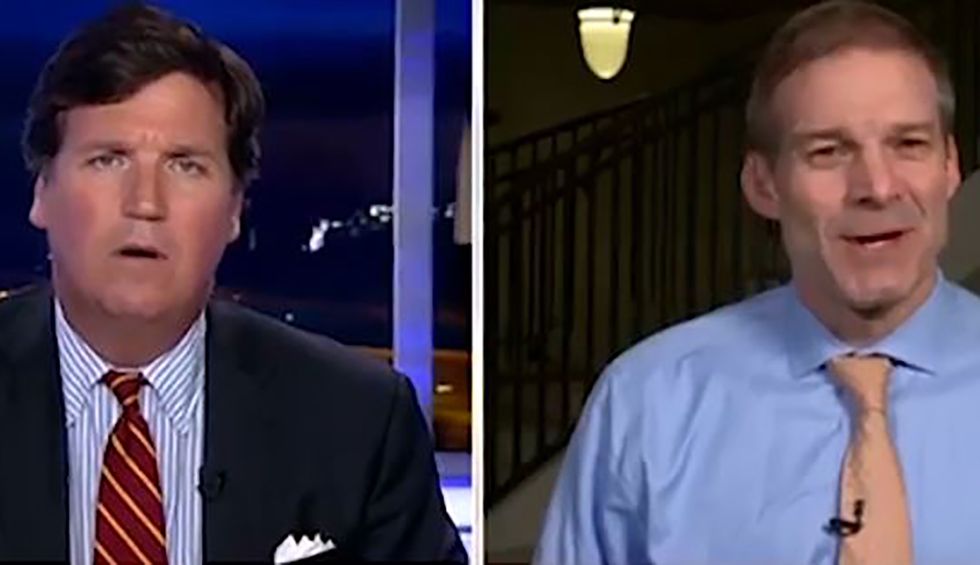 “I should say for the record that I’m totally opposed to these sanctions and I don’t think we should be at war with Russia and I think we should take the side of Russia if we have to choose between Russia and Ukraine,” Carlson told his Fox News viewers.

It was not the first time.

Just one week earlier Carlson had made a very similar statement, only to walk it back at the end of the episode after immediate outrage on social media.

“Why shouldn’t I root for Russia? Which I am,” Carlson had declared one week ago Monday.

He later claimed he had made the staggeringly offensive remark to mock the left.

Carlson might want to remember that Russia attacked the U.S. 2016 election in order to make Americans distrust our democratic institutions, including our election system, and to install his chosen presidential candidate.

(And it’s not just Russia’s attacks against America. Human Rights Watch issued a report on Russia’s violations of human rights, including “Torture and Cruel and Degrading Treatment.” Also, attacks on “Freedom of Assembly” and “Sexual Orientation and Gender Identity,” among others.)

After Carlson’s Monday night embrace of Russia, many on social again expressed outrage and disgust.

Some accused Carlson of “aiding and abetting” Russia:

Some accused Carlson of treason or being a traitor:

This is the alt-right dance Tucker is using: First they test out racist/fascist ideas by putting them out there as… https://t.co/fC32a9tyRp
— Amanda Marcotte (@Amanda Marcotte)1575375801.0