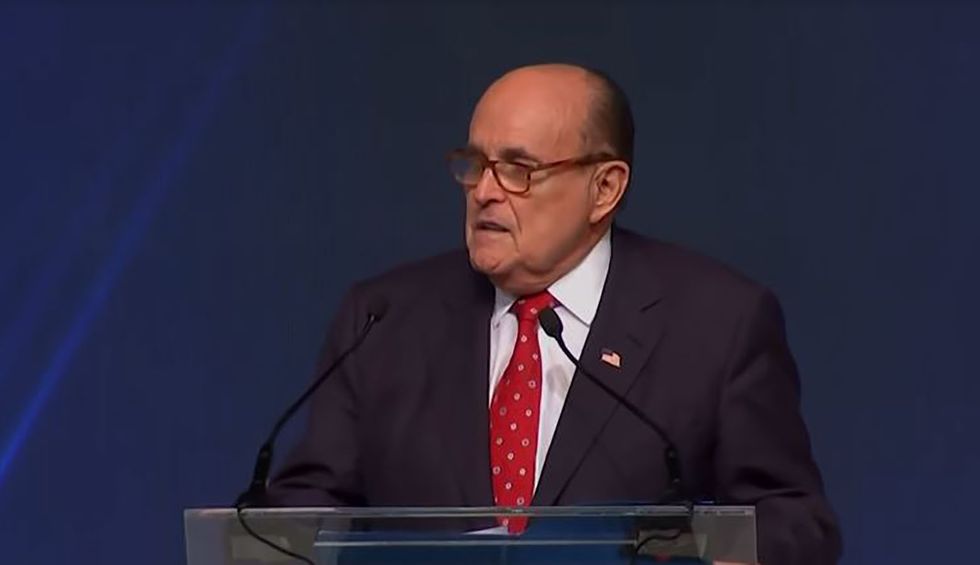 President Donald Trump is being impeached today. How many of us would have been surprised by that if we could have seen into the future three years ago? I wouldn't have been. It was clear from the moment he stepped on that escalator in the summer of 2015 that he was unfit for the job. Then again, who thought he would win at that point? From the day he took the oath and gave that dystopian "American Carnage" inaugural address it was clear that this was going to be a dark time. It was easy enough to predict we'd end up here sooner or later.

Trump sent a six-page letter to Speaker Nancy Pelosi on Tuesday, making his feelings about this whole thing known. It will no doubt go down in history as one of the most bizarre public documents ever written by a president. And there can no doubt this president acually wrote it. The New York Times and the Washington Post both confirmed that Trump had been working on the letter for days, with the help of close aide Stephen Miller and a couple of other staffers. This suggests it had actually been edited to some degree, which is hard to believe.

A sampling of some of its emotional outbursts :

You have cheapened the importance of the very ugly word, impeachment!

By proceeding with your invalid impeachment, you are violating your oaths of office, you are breaking your allegiance to the Constitution, and you are declaring open war on American Democracy.

You dare to invoke the Founding Fathers in pursuit of this election-nullification scheme?

Even worse than offending the Founding Fathers, you are offending Americans of faith by continually saying you pray for the President when you know this statement is not true, unless it is meant in a negative sense.

You have developed a full-fledged case of what many in the media call Trump Derangement Syndrome and sadly, you will never get over it!

You view democracy as your enemy!

You conducted a fake investigation upon the democratically elected President of the United States, and you are doing it yet again.

It is a terrible thing you are doing, but you will have to live with it, not I!

To be clear, those exclamation points were in the original.

I saw this letter variously described by commentators as "unhinged" and a "kind of spasmodic incontinent rage," which sounds right.   Mostly, it reads like a junior high school kid's break up note. Again, I might have thought Trump had dashed it off in a fit of pique and demanded that it be sent before proofreading it — but this is apparently something he worked on for days. Frankly, that alone should be an impeachable offense.

Fox News commentators thought it was perfectly normal, of course. Some even compared it to the Gettysburg Address. I'm not kidding.

By Tuesday night Trump was calmed down a bit and tweeted that the wasn't worried about any of this, not one bit:

It's unclear to me why he is so worked up about this. Senate Majority Leader Mitch McConnell has made it clear that he will do everything in his substantial power to protect Trump and make sure he gets through this trial with as little exposure as possible. He's not going to be removed from office and he knows it. Trump still claims he wants a full show trial and there is still some talk of having witnesses. But I'm betting this will be as perfunctory a process as they can get away with so they can move on to Phase II: Giuliani Boogaloo.

I think the Republicans have gathered that Trump isn't going to let this go. He will spend the rest of his term and the entire campaign insisting that Ukraine really interfered in the 2016 election and that Joe Biden is a corrupt criminal who should be locked up. I expect he'll do that even if Biden doesn't win the nomination. After all, he still elicits boos at his rallies over Hillary Clinton and John McCain. Clinton isn't running, and McCain is dead. He sticks with his greatest hits.

As I wrote the other day, I also think that McConnell and Senate Judiciary Committee Chairman Lindsey Graham, R-S.C., may have promised Trump some Benghazi-level fireworks if he backs away from a full-blown trial aimed at "exonerating" himself. (For one thing, they know it would likely do the opposite.)

But no matter what they do in the Senate, Trump and Rudy Giuliani are committed to this conspiracy theory and they are running with it. In the midst of a historic impeachment debate over their scheme to bribe Ukraine into smearing Joe Biden and boosting to a discredited conspiracy theory about the 2016 election, Giuliani has been tweeting madly and giving interviews to major news organizations, in which he confesses to elements of the abuse of power Trump is being impeached for.

Giuliani told the New Yorker, "I believed that I needed [former Ukraine ambassador] Yovanovitch out of the way, she was going to make the investigations difficult for everybody" and repeated that to the New York Times. He slightly changed his tune for Fox News host Laura Ingraham, saying he had to "force her out" because Yovanovitch was corrupt for refusing a U.S. visa to a Ukrainian prosecutor who has Trump and Giuliani running around in circles.

Marie Yovanovitch was not corrupt:

Giuliani told CNN that Trump fully supports his efforts and the president backed him up in an appearance on Monday:

But the plot, as they say, thickens. One of Giuliani's Russo-Ukrainian accomplices, Lev Parnas, was back in court on Tuesday after the government found out that he'd forgotten to mention a $1 million transfer from Russia to his wife's bank account during his bail hearing. It turns out that the money came from the pro-Russian Ukrainian oligarch Dmytro Firtash, who is currently fighting extradition to the U.S., where he faces federal charges.

Giuliani has at one time or another claimed that Parnas and his partner Igor Furman were on the Trump legal team and were also clients. A lot of money has been flowing from Russia into U.S. politics through them, which is what got them in trouble. And nobody quite knows who is paying Giuliani, who is nominally working for Trump without pay. Needless to say, speculation is now running rampant that Trump and Giuliani's entire Ukraine scheme may have been funded with Russian money.

All those Republican senators who are lining up to let Trump off the hook may rue the day they made the decision to vote against impeachment. Trump won't shut Giuliani's crusade down. He wants "total exoneration" and Rudy promises to deliver it. He's got Graham promising to bring Giuliani up to testify before the Senate. So this isn't going away, and nobody knows what other rocks may be turned over in the next year.

Vulnerable Republicans up for re-election next year may have to answer to their constituents for this vote in ways they don't anticipate. Trump always leaves a trail of suckers in his wake.