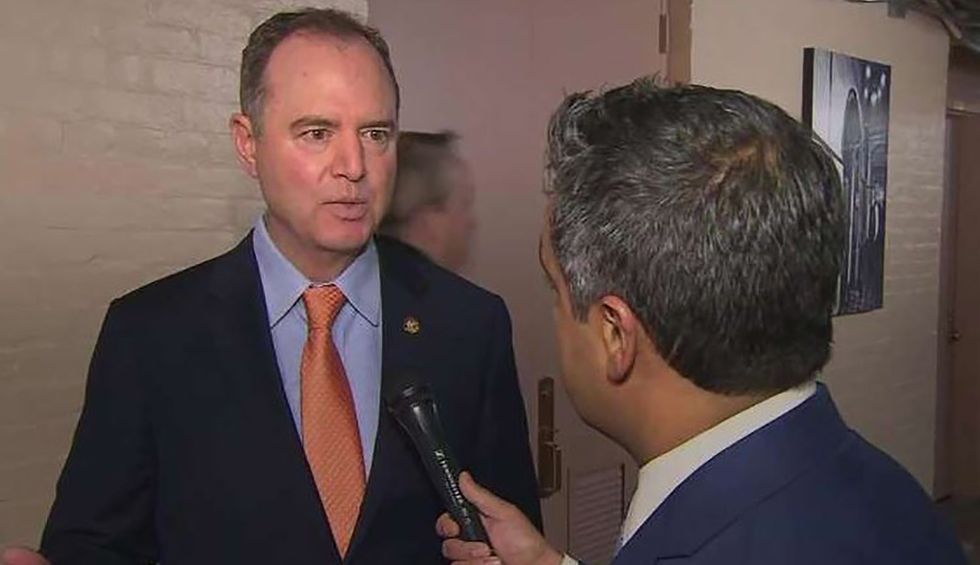 The chairman of the House Intelligence Committee, which conducted the impeachment inquiry, calmly blew apart complaints by Senate Majority Leader Mitch McConnell (R-KY) and Rep. Doug Collins (R-GA) that the process moved too quickly to be fair.

“Of course, he’s not saying that, and neither is Mitch McConnell,” Schiff added. “They don’t want to hear these witnesses. They do want to complain about process, but at the same time they don’t really want to see the evidence.”

Schiff was confident his committee had turned up compelling evidence to impeach the president, even if the White House was blocking witnesses and documents that congressional investigators sought.

“The fact is, the evidence is really already uncontested and overwhelming,” he said. “If we have yet additional witnesses who further corroborate what we already know, yes, it makes the case that much stronger, but the case is already overwhelming, and so I think those process subjections fall flat when they’re not really interested in having those witnesses come in or receiving those documents.”

Schiff brushed off the president’s latest attack on him, in a frenzied six-page letter sent to House Speaker Nancy Pelosi.

“This president does nothing but project onto others his own lack of morality,” Schiff said. “This is someone who mocks others constantly but can’t stand to be mocked himself. The call record speaks for itself, and it’s damning. He doesn’t want to defend it. He can’t defend it. He doesn’t want to explain why he held up $400 million of military aid to coerce an ally at war with Russia into doing his election dirty work. He’d rather attack me.”