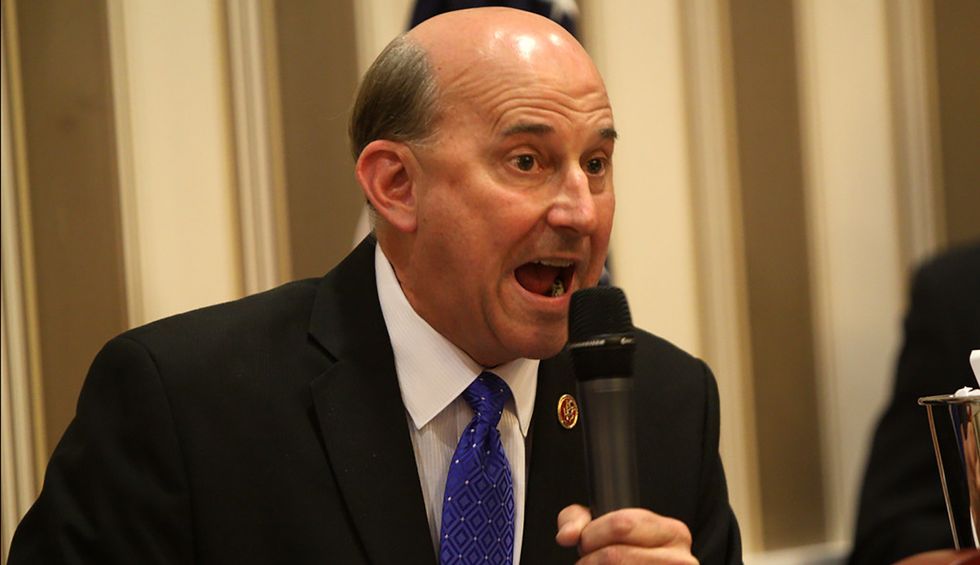 Gohmert dropped the name of the alleged whistleblower during a televised House Judiciary Committee hearing on the articles of impeachment against President Donald Trump.

Gohmert said the CIA analyst’s name while listing “fact witnesses," whom he claimed Democrats had blocked from testifying. Salon has not verified the identity of the whistleblower and is not naming the CIA analyst.

"Now that we have the articles of impeachment — a vague abuse of power, obstruction of Congress — the very things the majority has done in preventing us from having the witness that could shed light on this," Gohmert said. "Not opinion, but fact witnesses. We need to hear from those witnesses.”

Gohmert did not identify the CIA analyst as the whistleblower during his remarks and later defended his actions to Politico by claiming that he was just “naming witnesses to the case.”

“I could care less who the whistleblower is,” he told the outlet. Asked if he was worried he might have violated whistleblower protection statutes, Gohmert replied, “You need to do your homework.”

No other Republican on the committee has publicly named the purported whistleblower. Gohmert’s comments came hours after Department of Justice inspector general Michael Horowitz testified to the Senate Judiciary Committee that “whistleblowers have a right to expect complete, full confidentiality in all circumstances. It's in the law in the IG Act that Congress wrote, and it's a very important provision.”

Though Democrats on the committee did not acknowledge Gohmert’s comment when he made it, Rep. Don Beyer, D-Va., called for Gohmert to be disciplined for naming the purported whistleblower.

"House Republicans just committed an incredible and outrageous breach," he tweeted. “The President threatened the whistleblower with violence, and whether the person just named is the whistleblower or not they were just put in real danger. This is unacceptable and there should be consequences."

But it was not the first time Gohmert named the purported whistleblower at a hearing. The Texas representative bizarrely dropped the name at a completely unrelated House Natural Resources Committee hearing on Puerto Rico in October.

Shortly after the hearing, some conservative news outlets began identifying a 33-year-old CIA analyst, who reportedly worked with former Vice President Joe Biden as a member of the National Security Council, as the alleged whistleblower whose complaint had triggered the impeachment inquiry. Conservative pundits quickly began circulating the names, and the reports were shared by Sen. Rand Paul, R-Ky., and Donald Trump Jr.

Paul later stood alongside President Trump at a rally to demand the media publicly out the whistleblower. An aide to Devin Nunes and other Republicans also reportedly tried to get the name of the whistleblower on record during the House closed-door depositions.

Trump has also demanded the outing of the whistleblower, alleging that the CIA analyst had “ties to one of my Democratic opponents" in an apparent move to discredit the accusations. But the complaint was reviewed by the intelligence community’s inspector general, the director of national intelligence, and the CIA’s top lawyer— who were all appointed by Trump— and determined to be credible. All three Trump appointees forwarded the complaint to the Justice Department to investigate the allegations brought by the whistleblower as a possible crime, though the Justice Department declined to follow up.

Since the complaint was released, numerous Trump administration officials have confirmed that the president conditioned nearly $400 million in military aid to Ukraine and a White House meeting with its president on a public announcement of investigations into his political opponents.

Andrew Bakaj, an attorney for the whistleblower, previously wrote a letter to the White House expressing concern that Trump and his allies’ rhetoric “places my client . . . in physical danger.”

“These are not words of an individual with a firm grasp of the significance of the office which he occupies. His calls to identify my client by name and his suggestion that he would support acts of violence against my client are, candidly, some of the most dangerous and reckless things a president of the United States can say,” Bakaj wrote.

Legal experts said after Gohmert’s remarks that attempts to out whistleblowers can also prevent future wrongdoing to go unreported.

“Naming whistleblowers harms national security by chilling them from coming forward,” former U.S. Attorney Barb McQuade wrote, “encouraging them to leak, or even worse, staying silent when they uncover abuse.”