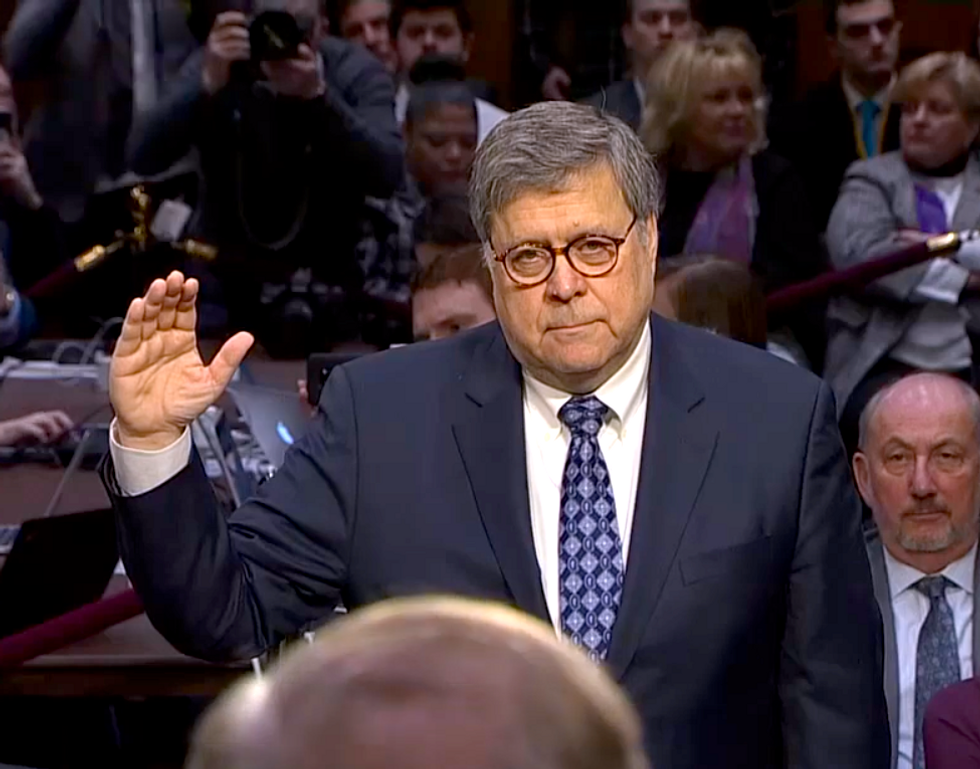 The inspector general of the US Department of Justice said Monday that the FBI was right to open an investigation into Russian interference in the 2016 election. There was no spying. There was no attempted coup. There was nothing political going on. Yes, mistakes were made, but they were within the bounds of good-faith behavior. More plainly, the narrative the Republicans had been peddling, about a “deep state” in league with the Democrats and former Obama administration officials, was false.

Donald Trump and Steve Scalise, to name only two Republicans, said the opposite. They claimed the IG report didn’t debunk their fictional narrative. It proved it. They lied knowing the lie would injure our faith in truth. They lied with malicious intent.

That, however, was nothing compared to what Bill Barr did. The US attorney general made clear Tuesday in a series of statements during an interview with NBC News he was leading a concerted effort to validate—to make real—the Republicans’ malicious lie: that a “deep state” was out to get the president. Barr made clear he was part of a concerted effort to defraud Americans of their right to know the truth about 2016, and of their right to call on the government to prevent the same from happening again.

Yes, there was evidence of collusion. No, the investigation wasn’t baseless.

Bill Barr added that the FBI “jumped right into a full-scale investigation before they even went to talk to the foreign officials about exactly what was said. … They opened an investigation into the campaign and they used very intrusive techniques.”

All of which the IG report says didn’t happen. But here’s the worst, per NBC:

“From a civil liberties standpoint, the greatest danger to our free system is that the incumbent government use the apparatus of the state … both to spy on political opponents but also to use them in a way that could affect the outcome of an election,” Barr said. He added that this was the first time in history that “counterintelligence techniques” were used against a presidential campaign.

You see what he’s doing? He’s accusing the former Democratic administration of doing the same thing the House Democrats are accusing the current Republican administration of doing. It’s a terrible thing, Barr said, when the incumbent uses the state to rig an election’s outcome. It’s a terrible thing, Barr could have said, for an American president to extort a Ukrainian leader into announcing an investigation into his closest political rival. What the attorney general is saying without saying is that this is very, very bad when a Democrat does it, not so bad when a Republican does it.

Indeed, Barr did for Trump what Yuriy Lutsenko and Viktor Shokin did for Trump. Lutsenko and Shokin are former head prosecutors for Ukraine (basically Bill Barr’s counterparts). Both gave Rudy Giuliani and his cronies what they desired: false statements claiming that Joe Biden was dirty and that Ukraine, not Russia, undermined US sovereignty in 2016. The difference? Lutsenko and Shokin were in Vladimir Putin’s pocket. Is Barr? Unlikely. But given the lengths he’s going to defend Trump and, by extension, the Kremlin, that may be a difference without a distinction.