'You will find it tantalizing!' Trump gets mocked for a desperate attempt to distract from his Ukraine scheme 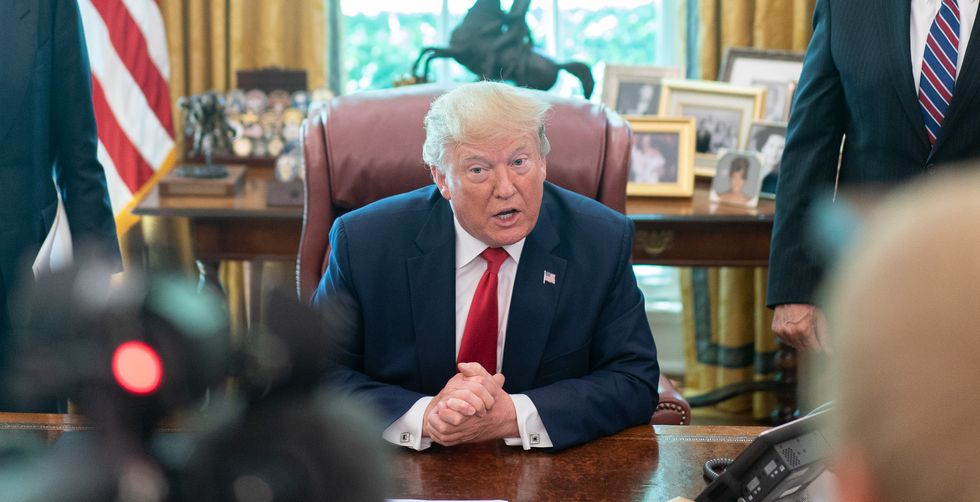 President Donald Trump’s anxiety, as measured by number of tweets, seems to be approaching all-time highs. Monday, hours after giving a Veterans Day speech in his hometown of New York, surrounded by banners in windows and on buildings calling for his impeachment and removal, Trump took to Twitter and had yet another meltdown.

“In order to continue being the most Transparent President in history, I will be releasing sometime this week the Transcript of the first, and therefore most important, phone call I had with the President of Ukraine,” Trump tweeted Monday night. “I am sure you will find it tantalizing!”

Of course, that is the call nobody is talking about. The call that led to the impeachment inquiry is the infamous July 25 call, which Trump repeatedly has insisted everyone should “read the transcript” from, despite the fact he has never released the transcript.

Trump also posted several tweets purportedly quoting his fans at Fox News, including this one:

Then there was this false claim:

The mockery was immediate. Take a look:

Vindman testified there was nothing wrong with this call. The telcon may well be mortifying because Trump is an emb… https://t.co/TXfAZyrwYT
— Brian Beutler (@Brian Beutler)1573516009.0

@realDonaldTrump You released the aid two days after the Inspector General alerted Congress that there was an inter… https://t.co/Ykggria2w2
— Helen Kennedy (@Helen Kennedy)1573516919.0