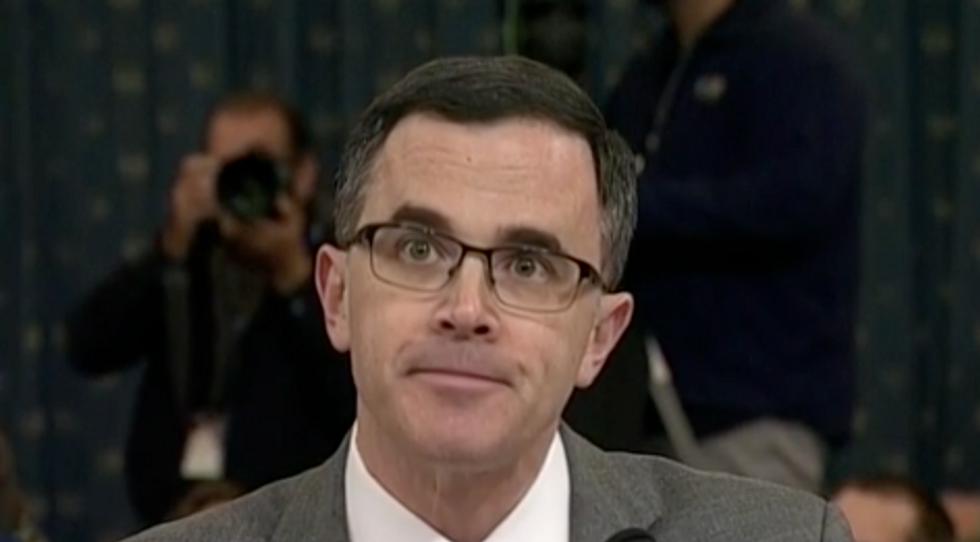 In one of many eyebrow-raising moments during his testimony, National Security Council aide Tim Morrison responded to Democratic counsel Daniel Goldman's questions on what happened to the "call record" of the Trump-Zelensky call in which Trump requested that Ukraine open investigations into "CrowdStrike" and Democratic potential presidential challenger Joe Biden.

Morrison had testified that in speaking with White House lawyer John Eisenburg, he "recommended we restrict access" to the call record because of the "political" ramifications if Trump's conversation was leaked. Soon afterwards, the call record wasn't just buried, but moved by the White House to a computer system intended for highly classified information.

Q: Did you subsequently learn the call record had been put in a highly classified system?Morrison: I did.

Q: And what reason did Eisenberg give you for why the call record was put in the highly classified system?

Morrison: It was a mistake.

Q: He said it was just a mistake?

Morrison: It was an administrative error.

The notion that the move of the Trump-Zelensky call to a codeword-level classified server was simply an administrative oopsie by the White House legal team is implausible. Absolutely implausible. Hopefully there will be some follow-up to this.