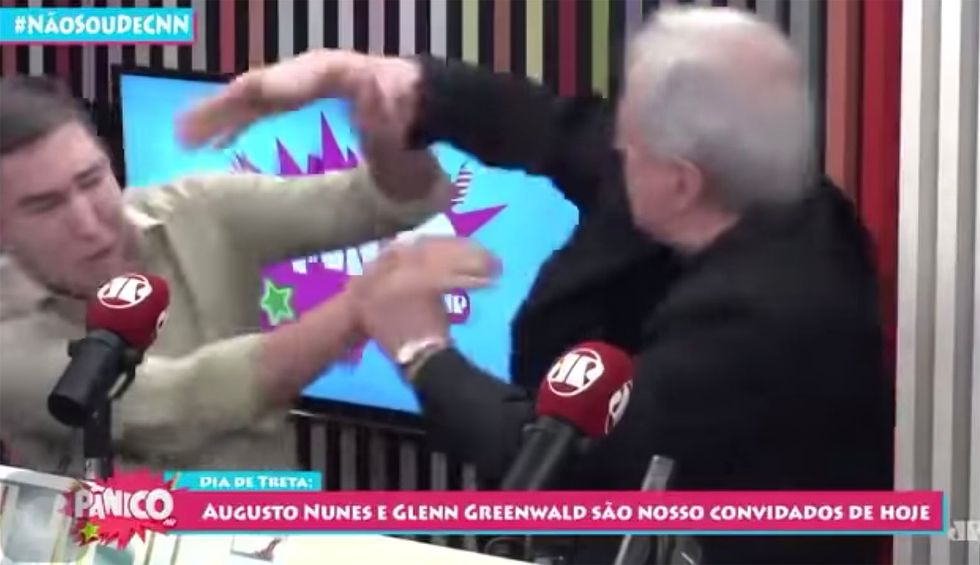 The Intercept's Glenn Greenwald was assaulted during a live broadcast Thursday by a right-wing Brazilian journalist and defender of the country's far-right President Jair Bolsonaro.

Greenwald, whose reporting this year has exposed unethical and possibly criminal behavior by Bolsonaro and his government, repeatedly called journalist and columnist Augusto Nunes a "coward" during a segment on Jovem Pan News, one of Brazil's largest right-wing radio and Youtube outlets.

In a tweet ahead of his appearance, Greenwald said he had "many questions" for Nunes, who suggested in September that a juvenile judge should investigate Greenwald and his husband, Brazilian lawmaker David Miranda, for neglecting their adopted children.

"We have a lot of political differences, I have no problem being criticized for my work, I criticize him too, but what he did was the ugliest and dirtiest thing I've ever seen in my career as a journalist," Greenwald said of Nunes' comments during Thursday's show.

This is genuinely horrifying, as have been all the threats/intimidation Bolsonaro and his goons have directed towar… https://t.co/Mg42sGgZof
— Chris Hayes (@Chris Hayes)1573148967.0