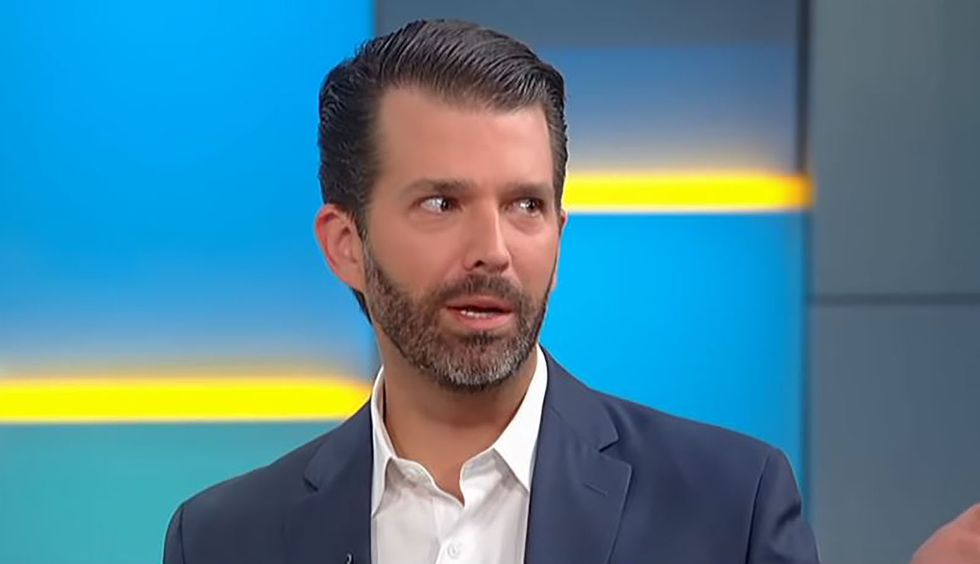 At the University of Florida, Student Body President Michael Murphy is facing the possibility of impeachment after bringing Donald Trump Jr. and two other Republicans to the campus for an October 10 speaking event.

Trump, along with GOP activist Kimberly Guilfoyle and Republican National Committee (RNC) official Tommy Hicks, spoke on campus that day and were paid a joint fee of $50,000 — which came from student tuition fees. And Murphy is now facing an impeachment resolution from other members of the University of Florida’s student government, who allege the speaking engagement was a misuse of student fees.

The University of Florida, according to the Daily Beast, has a policy against using student funds to pay for an event that either supports or opposes a “political party at any level” — and proponents of Murphy’s impeachment are arguing that the event was promoting the Republican Party. But Murphy maintains that he didn’t violate the campus’ rule by promoting the October 10 speaking engagement because it was not a campaign event.

The president’s son, with Guilfoyle’s help, has been promoting his new book, “Triggered: How the Left Thrives on Hate and Wants to Silence Us.”