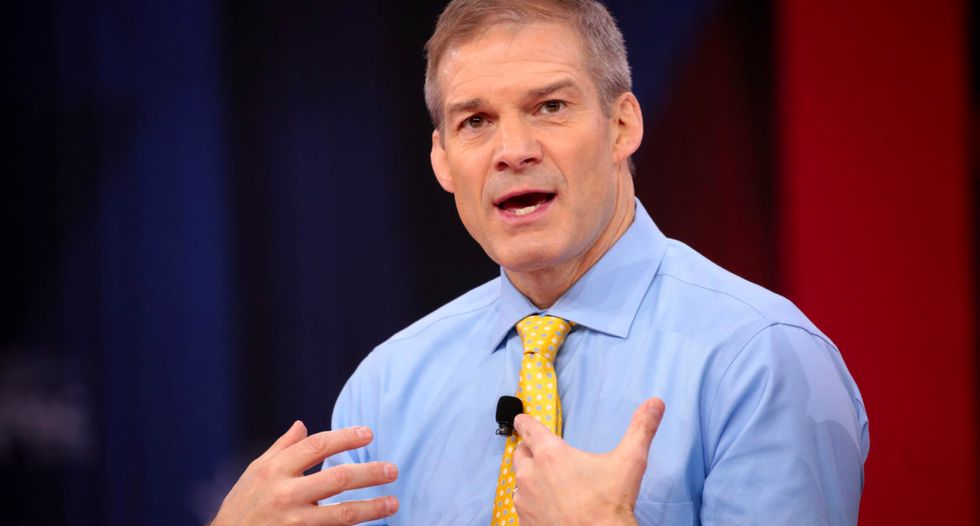 Appearing on CNN's New Day with host Christi Paul, a trial lawyer said Rep. Jim Jordan (R-OH) likely knew about sexual assaults occurring at Ohio State University years ago when he served as a coach at the school.

Reacting to news that a referee has come forward in a lawsuit saying he told Jordan the team doctor masturbated in the shower in front of him, yet Jordan took no action, CNN legal analyst Page Pate cast doubt on Jordan's claim he had no idea what had been going on in light of hundreds of claims that have been filed.

"Let's talk about the college wrestling referee who now says he complained to Ohio State wrestling coaches about one of the athletic doctors but they did nothing about it," Paul began. "One of those at the time was Jim Jordan. The referee is at least the second one who told Jordan about the alleged behavior by Dr. Richard Strauss. Congressman Jordan denies knowing about any of the allegations. I know in the lawsuit, Jordan isn't even listed as one of the OSU authorities authorized to take corrective action. Does that mean anything for Jordan at this point?"

"I don't think so," Pate began. "Hundreds of people have now come forward and said they were abused by Dr. Strauss. It is unimaginable that the people who were close to the athletic department including someone like Mr. Jordan, who was an assistant wrestling coach, didn't know about it -- it's just hard to believe."

"In fact, Ohio State had an independent investigation done, and that investigation found that people within the administration should have known about it, should have done something about it," he continued. "So there are a number of lawsuits that eventually will work their way through the courts."