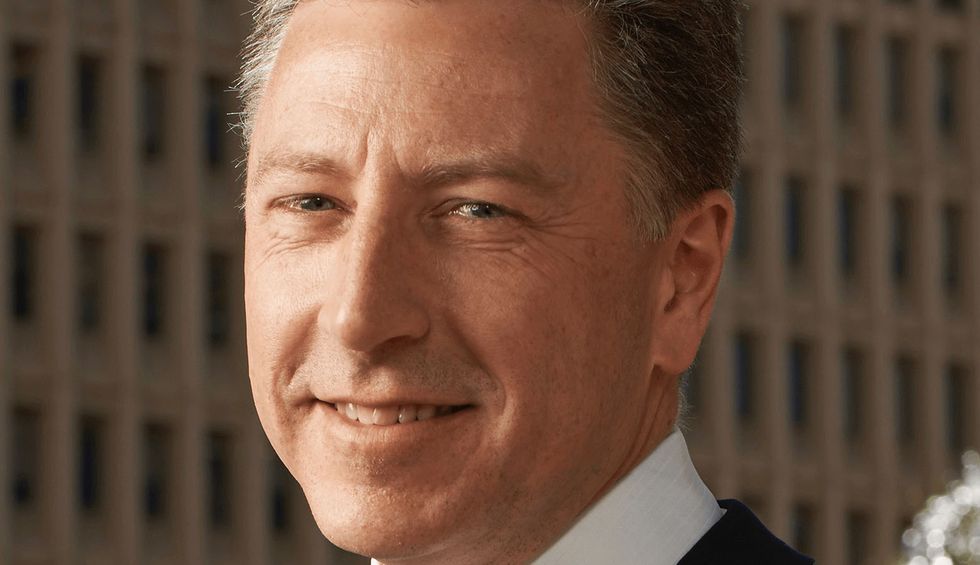 One of the witnesses who has proven extremely useful for Republicans trying to defend President Donald Trump’s conduct in Ukraine is former special envoy Kurt Volker, whose testimony has generally been favorable to the president. Republicans plan to bring him in on Wednesday for public testimony, which they hope will throw doubt on accusations that Trump tried to extort the president of Ukraine for political dirt on former Vice President Joe Biden by withholding military aid.

Unfortunately for the GOP, and for Volker, law professor and former Pentagon special counsel Ryan Goodman laid out a 60-page-long, side-by-side comparison of Volker’s testimony with that of several other diplomats and national security officials — and highlighted at least thirteen points where Volker may have lied to Congress.

For example, Volker wrote in his opening statement that “[A]t no time was I aware of or took part in an effort to urge Ukraine to investigate former Vice President Biden.” But the testimony of State Department officials William Taylor, David Holmes, and George Kent, EU Ambassador Gordon Sondland, and National Security Council officials Tim Morrison and Lt. Col. Alexander Vindman all referenced Volker, at various points, as actively involved in the effort to get Ukraine to open investigations.

Volker also did not disclose to Congress that he was a member of the July 10 White House meeting with Ukrainian officials — but the testimony of Taylor, Vindman, and NSC aide Fiona Hill all put him in that meeting.

Volker said that he believed there was a valid reason for the hold on Ukrainian aid and that “he did not perceive” it to be linked to an investigation of the Bidens “in any way.” But Taylor testified that Volker suggested to him that Trump, being a businessman, felt Ukraine owed him something personally. He also said that Volker announced his intention to tell the Ukrainian president at their July 2 meeting in Toronto to cooperate on investigations if he wanted a White House meeting — something Volker never disclosed in his account of that exchange.

On the issue of Rudy Giuliani’s involvement in foreign policy, Volker told the House Intelligence Committee, “He is the President’s personal attorney. I don’t know whether he was representing the President or whether he was doing his own things to try to be helpful to the President.” But in a supplemental declaration, Sondland testified that Trump “directed Ambassador Volker, Secretary Perry, and me, on May 23, 2019, to discuss issues related to the President’s concerns about Ukraine,” and that all of them, Volker included, “understood that satisfying Mr. Giuliani was a condition for scheduling the White House visit, which we all strongly believed to be in the mutual interest of the United States and Ukraine.”

And in terms of how long the White House pressured Ukraine to make a public statement, Volker stated in a deposition that “we had dropped the idea of even looking at a statement” by the end of August. But Kent testified that as late as September 15, Volker and Sondland were pushing the Ukrainian president to give a CNN interview during the week of the U.N. General Assembly leaders meeting in New York City.

These and several other discrepancies, wrote Goodman, suggest Volker “might be best advised to invoke his Fifth Amendment right to remain silent” — or at least follow Sondland’s lead and revise his testimony as much as possible.