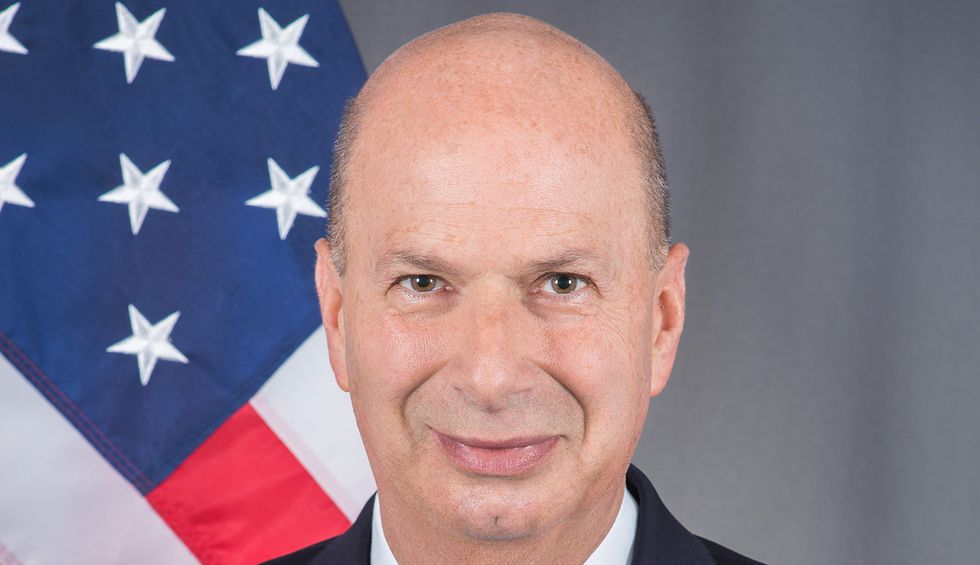 Sondland has fabricated communications with Dr. Hill, none of which were over coffee. Dr. Hill told Sondland what s… https://t.co/vy4sVxtMou
— Lee Wolosky (@Lee Wolosky)1573045877.0

Sondland testified at four points that he had coffee with Hill — which Wolosky says did not happen.

Hill, like Sondland, is a key witness in the impeachment investigation into President Donald Trump’s dealings in Ukraine, in which he allegedly worked with his lawyer Rudy Giuliani to extort their president with military aid in order to get them to investigate former Vice President Joe Biden. Her testimony was highly critical of the Trump administration’s decision to fire Ukrainian Ambassador Marie Yovanovich, who was reportedly opposed to Giuliani’s involvement in foreign policy.

A former donor to the Trump inaugural fund, Sondland initially gave testimony favorable to the president about his call with Zelensky, but that testimony has come under increasing scrutiny as multiple other witnesses in the impeachment investigation have contradicted his account.

This week, Sondland revised his testimony, acknowledging Trump pushed a potentially illegal quid pro quo with Zelensky — something he had previously denied any knowledge of.