Trump suggests he will sic Army dog on reporters during bizarre White House event: ‘If you open your mouths you will be attacked!’ 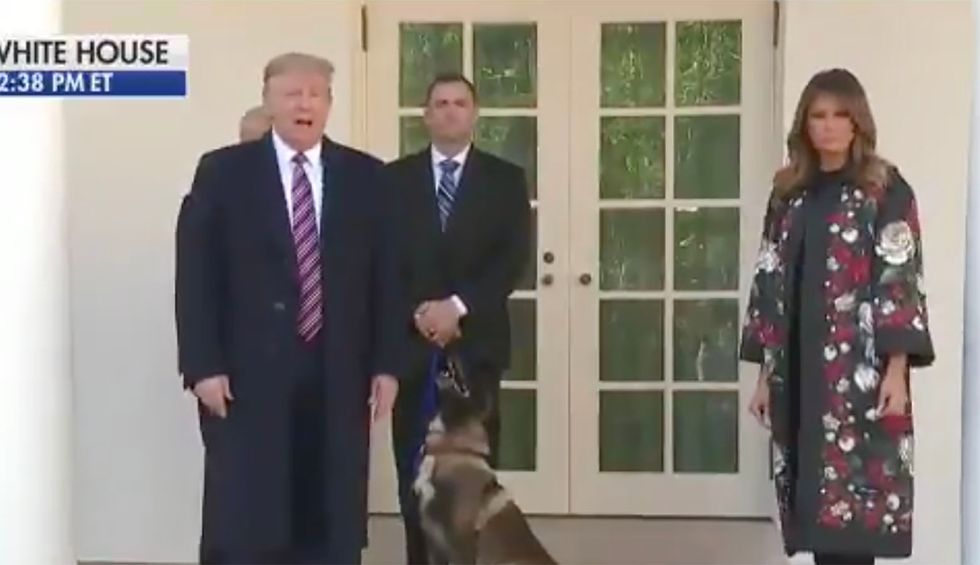 President Donald Trump warned reporters that a Special Forces dog would attack them in a bizarre event outside the White House.

Reporters were summoned to the Rose Garden for a presentation of Conan, the dog who took part in a raid that killed Islamic State leader Abu Bakr al-Baghdadi.

“If you open your mouths you will be attacked,” the president told reporters gathered outside.

Trump did not appear to touch the Belgian Malinois during the event, although Vice President Mike Pence occasionally patted the dog on the head.

“We were going to put a muzzle on the dog, and I thought that was a good idea, but then it gets even more violent,” Trump said. “But no, the dog is incredible, actually incredible. We spent some good time with it. So brilliant, so smart.”

Pres Trump in the Rose Garden with Conan, the US Army dog who during the raid on ISIS leader Abu Bakr al-Baghdadi,… https://t.co/QgqH8TUzKW
— Mark Knoller (@Mark Knoller)1574703481.0