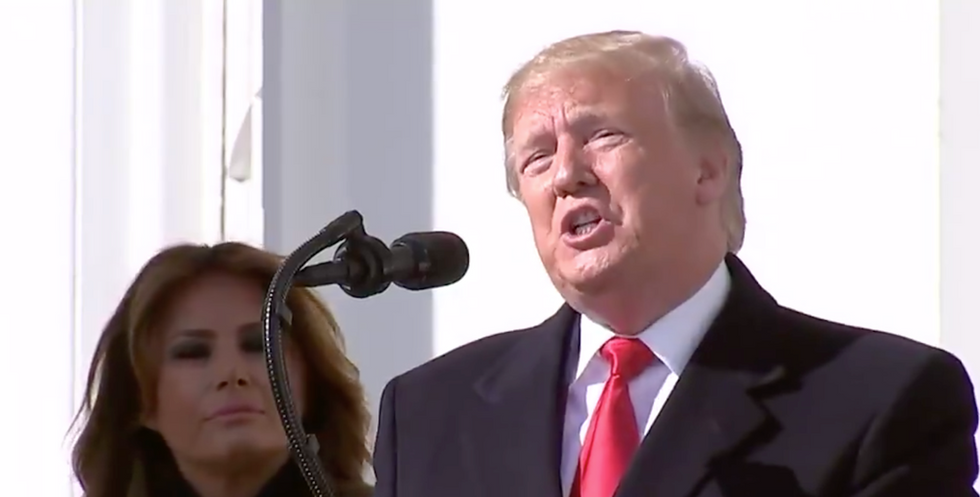 One of the core charges at the heart of the Ukraine scandal that has led to impeachment proceedings in the House of Representatives is that President Donald Trump is incapable of separating the national interest from his personal interests.

And when Trump hosted the Washington Nationals at the White House on Monday to celebrate their recent World Series victory, this inability of his was on full display in a much more trivial way. Despite the fact that the event was meant to celebrate the players and not actually focus on the president or politics, Trump couldn't help interjecting his complaints about impeachment into his remarks.

Trump also threw out a slight jab at the media, another of his obsessions.

The remark about impeachment seemed to please the audience, who cheered in response. But in addition to demonstrating Trump's self-obsession, it also revealed a key political weakness. Even when an event is supposed to be non-partisan and focused on uncontroversial American values like success in sports, he always fails to invoke the unifying point of the events. Instead, his relentless egotism makes everything he touches irrevocably partisan.

Watch a clip below: