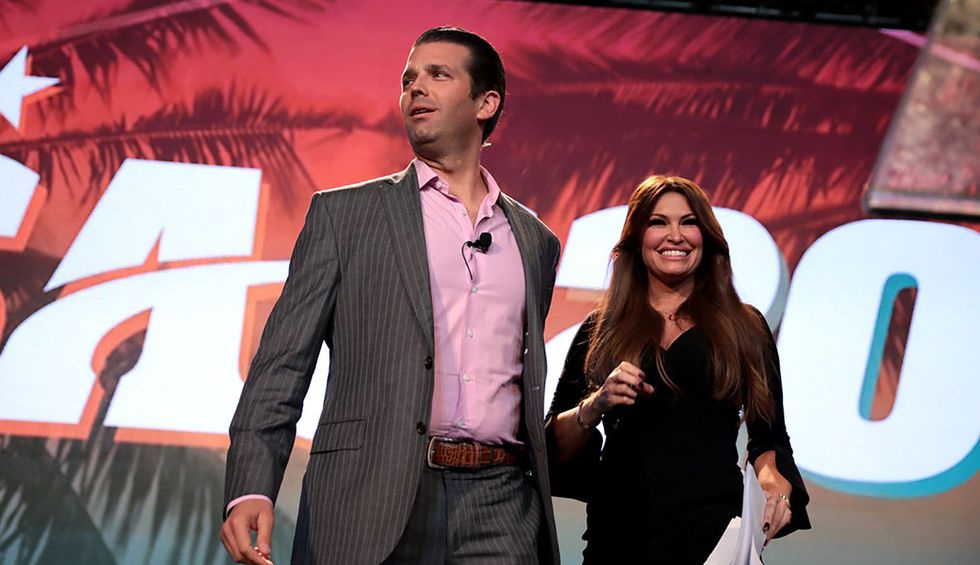 But Wednesday night he was only too happy to cite the “failing” paper of record to brag that Donald Trump, Jr.’s new book, “Triggered,”  is at the top of the Times’ charts.

And while that may be true, there’s one large caveat that totally destroys the Trump family’s pride.

As this graphic shows, there’s a “dagger” next to Trump Jr.’s book: †.

As the Times notes, “bulk purchases appear with a dagger (†).”

That means there have been large “Institutional, special interest, group or bulk purchases” of the book, perhaps in this case by the RNC or other political entities, like the Trump campaign.

The email is signed by Donald Trump, Jr.

Bulk-purchasing your kid's book (a fact confirmed by a special notation the NYT put beside the book) because you th… https://t.co/ItnuXvqhak
— Seth Abramson (@Seth Abramson) 1573742691