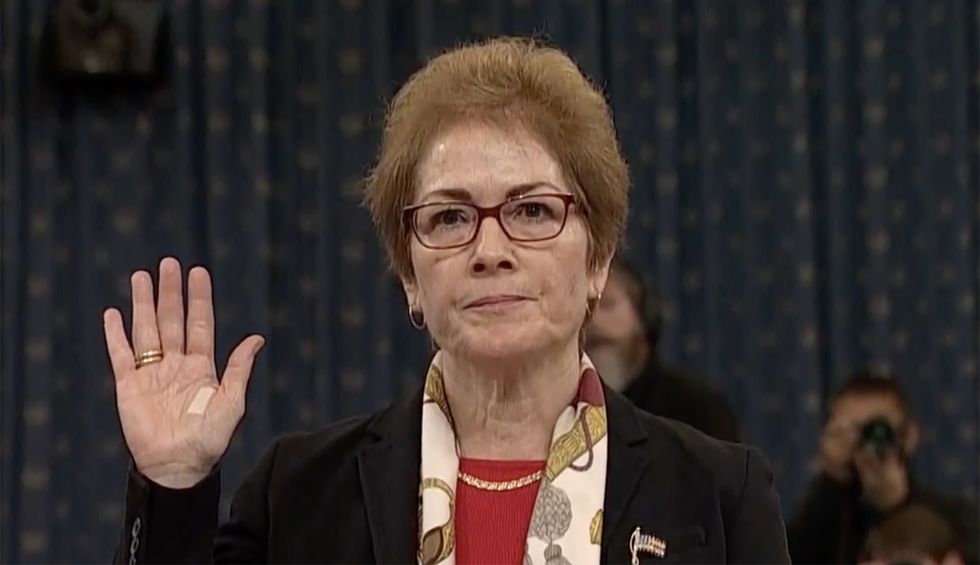 President Donald Trump unloaded recently on Secretary of State Mike Pompeo, whom he blames for devastating testimony against him the House impeachment inquiry.

The president confronted Pompeo, who has been his closest ally, during an Oct. 29 lunch at the White House, according to four current former senior administration officials who spoke to NBC News.

“(Trump) just felt like, ‘rein your people in,’” said one senior administration official.

The president has been complaining for weeks that Pompeo was responsible for hiring State Department officials who have revealed damaging information about his extortion plot against Ukraine, which now threatens his presidency.

Trump blames Pompeo for naming Bill Taylor his acting Ukraine ambassador in June, according to current and former senior officials, after the president and his allies forced out Marie Yovanovitch.

Taylor provided House investigators with details of the president’s scheme to withhold congressionally approved aid to pressure Ukraine to announce an investigation of Joe Biden and his son.

One senior administration official told NBC News that Pompeo now finds himself trying to manage a bureaucratic agency and show loyalty to an angry president.

“He feels like he’s getting a bunch of blame from the president and the White House for having hired all these people who are turning against Trump, and that it’s the State Department that is going to bring him down,” said one official, “so it’s all Pompeo’s fault.”

The White House and State Department declined to comment on the report, but Trump has offered clues on Twitter hinting at his frustration with Pompeo.

“It would be really great if the people within the Trump Administration, all well-meaning and good (I hope!), could stop hiring Never Trumpers, who are worse than the Do Nothing Democrats. Nothing good will ever come from them!” Trump tweeted on Oct. 23.

Trump identified Taylor and his attorney in a subsequent tweet as “never Trumpers,” and two days later he said Pompeo “made a mistake” in hiring the veteran diplomat.

The president and Pompeo have continued their weekly lunch dates, but Trump blasted the Cabinet secretary late last month.

Pompeo told the president his agency had thousands of employees and he didn’t even know most of them, and he told Trump he couldn’t control them.

The secretary, who is rumored to be considering a Senate run back home in Kansas, is feeling “iced out” and “under siege,” according to one official, and he’s not respected by State Department employees.

“Pompeo is hated by his building,” said a person close to Pompeol. “(He) feels the heat a great deal and feels it’s personal at state.”