'This is a very strong case of bribery': Democrat Jackie Speier explains why the evidence against Trump is 'very simple' 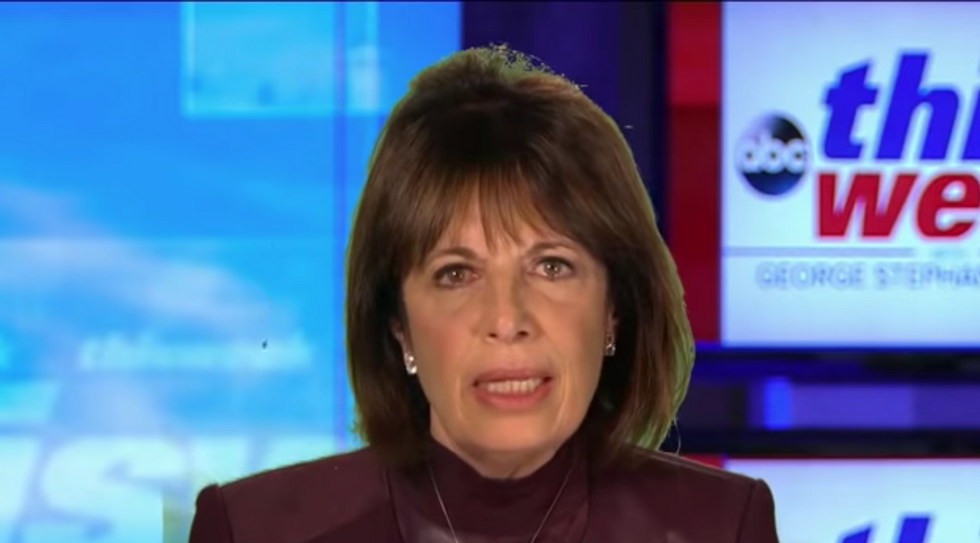 This past weekend, Republicans went on the news shows to try and spin Trump’s treasonous, criminal, impeachable offenses as president, as alternately something everybody is doing, and … crimes aren’t crimes. Honestly, that’s basically it. Democratic Rep. Jackie Speier of California is on the House Intelligence Committee that is getting to sit in and watch a parade of government officials testify to about the garbage fire that is our current president’s administration. Since the conservative disinformation team is out in full force, so must Democratic officials spend time “making their case” to the public about how and why Donald Trump broke the law and should be impeached.

The traditional media, for their part, is restrained in its capacity to simply tell the truth because of a perverse belief that simply having a second opinion means you have an opinion worth sharing—regardless of the irrefutable facts. Rep. Speier went on ABC’s This Week with George Stephanopoulos to remind everyone that while much of the testimony connected to this impeachment inquiry has been behind closed doors, what has already leaked makes for a very plain and simple case of criminal, impeachable action on the part of Donald Trump. Having been asked how this is different from the Mueller report, Speier tried to remind the world that getting bogged down in BS is the only reason Trump wasn’t impeached 1,000 times already.

REP. JACKIE SPEIER: This is a very simple, straightforward act. The president broke the law. He went on a telephone call with the president of Ukraine and said “I have a favor though,” and then proceeded to ask for an investigation of his rival; and this is a very strong case of bribery. Because you have an elected official demanding action—of a foreign country in this case—and providing something of value, which in this case is the investigation. And he is withholding aid, which is that official act. And the Constitution is very clear. Treason, bribery, or acts of omission. And in this case it is clearly one of those.

It is hard to accentuate how transparent a charge this is. It is a one-to-one connection with everything Trump has said, everything Trump has said he has said, and everything that everyone else involved in any capacity on this event has said happened. ABC asked Rep. Speier to do the rudimentary math on why Democratic House members would not call the whistleblower to the stand to testify (because not only has that person testified by blowing the whistle, but there are other witnesses who have already testified, and can testify again, with more intimate—and more criminally damning—details of the event the whistleblower brought to people’s attention the first place. That’s the entire point of whistleblowing).

Rep. Speier goes on to explain the second part of this event is the various proof that Trump et al. knew they were doing something criminal and crummy, which is why they tried to seal away the “transcript” and other evidence of this bribery or extortion deal in a deeper national security vault. The conservative fascism machine will work overtime to try and obfuscate the issues here, the way they seem to have successfully done in the Mueller report, but the facts still remain and time is running out for many of these Republican officials.