The ultra-wealthy are more likely to lie, cheat and steal than the rest of us. Why should we care what they think about politics? 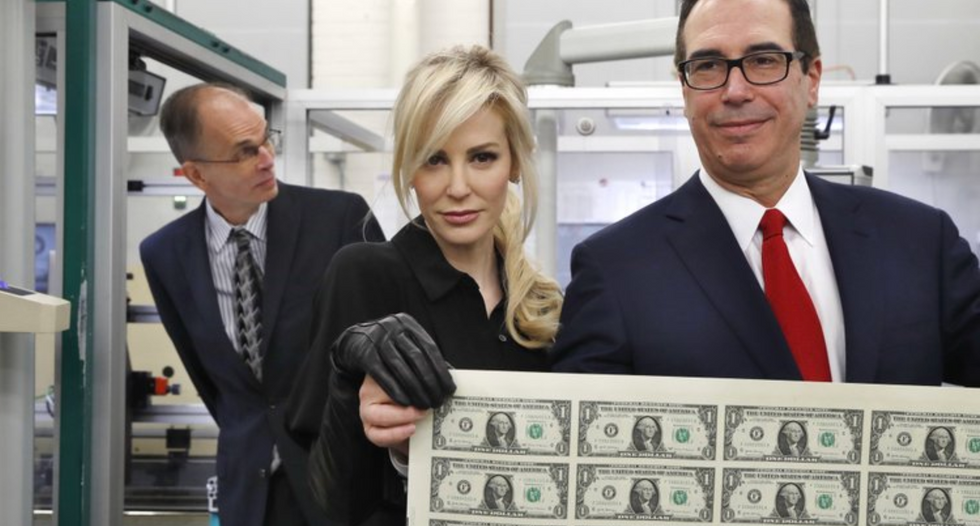 Over the past couple of weeks, the political press has quoted a veritable parade of whiny billionaires complaining about Sen. Elizabeth Warren's proposed wealth tax. John Arnold, "a billionaire investor and philanthropist," said it would kill charities. JPMorgan Chase CEO Jamie Dimon, who is not known for being a delicate flower himself, complained that Warren "uses some pretty harsh words" to describe the billionaire class. Bill Gates joked that it might compel him to vote for Donald Trump. And Leon Cooperman actually cried about it, moaning "this is the f**king American Dream she is s**tting on."

Warren's campaign, meanwhile, is fundraising on their tears.

Keep in mind that her tax would only apply to that portion of a person's wealth exceeding $50 million. (One economist interviewed by Fox News said, "Well...$50 million is big, but it's not as big as you think." He's obviously a ridiculous person.)

The answer to the question in the headline above is that ultra-elite opinion is objectively more important than yours or mine. You're not going to get a sit-down with your Senator or the next president if you shell out a donation of $50 or $100, but large donors have opportunities to directly influence politicians. They mingle with high-profile journalists and regulators and cultural creators. They fund university chairs and think-tanks and their opinions are sought after by cable news producers and the people who put together those ubiquitous "ideas festivals."

But while their views do carry outsized weight, that doesn't mean that we should care what they think.  Because the reality is that while it's certainly wrong to say that the ultra-rich are uniformly corrupt or that working people are consistently virtuous, studies show that "high status" individuals tend to hold an outsized sense of entitlement, and as a result of that, they're more likely than average people to bend the rules or twist the truth in order to satisfy their desires.

In 2013, I wrote about the work of Paul Piff, a professor of psychology at UC Berkeley who had conducted (and continues to conduct) a series of experiments designed to find out if the wealthy really are fundamentally different than the rest of us.

[In a study] published in the current Personality and Social Psychology Bulletin, Paul Piff of UC Berkeley conducted five experiments which demonstrated that “higher social class is associated with increased entitlement and narcissism.” Given the opportunity, Piff also found that they were more likely to check themselves out in a mirror than were those of lesser means.

Piff looked at how participants scored on a standard scale of “psychological entitlement,” and found that those of a high social class — based on income levels, education and occupational prestige — were more likely to say “I honestly feel I’m just more deserving than others,” while people further down the social ladder were likelier to respond, “I do not necessarily deserve special treatment.”

In an earlier study, published last year in the Proceedings of the National Academy of Sciences, Piff and four researchers from the University of Toronto conducted a series of experiments which found that “upper-class individuals behave more unethically than lower-class individuals.” This included being more likely to “display unethical decision-making,” steal, lie during a negotiation and cheat in order to win a contest.

In one telling experiment, the researchers observed a busy intersection, and found that drivers of luxury cars were more likely to cut off other drivers and less likely to stop for pedestrians crossing the street than those behind the wheels of more modest vehicles.  “In our crosswalk study, none of the cars in the beater-car category drove through the crosswalk,” Piff told The New York Times. “But you see this huge boost in a driver’s likelihood to commit infractions in more expensive cars.” He added: “BMW drivers are the worst.”

Summing up previous research on the topic, Piff notes that upper-class individuals also “showed reduced sensitivity to others’ suffering” as compared with working- and middle-class people.

This is all perfectly consistent with these billionaires freaking out over Warren's wealth tax. Although their vast fortunes are a result of structural changes in the economy that have shifted trillions of dollars from labor to capital and allowed the uber-wealthy to pay a fraction of the taxes they did in the post-World War II era, they think they earned every penny and are entitled to tell us how much they're willing to fork over in taxes. Because they tend to have a "reduced sensitivity to others’ suffering” than the rest of us, the fact that Warren wants to use those revenues to expand access to health care and education and get people out from under crushing student debt burdens isn't all that salient to them. And when they are asked for their opinions about the issues of the day, they're happy to offer mendacious excuses for why they shouldn't have to pay their fair share.