The birth of 'fake news': The Founders had to deal with it, too 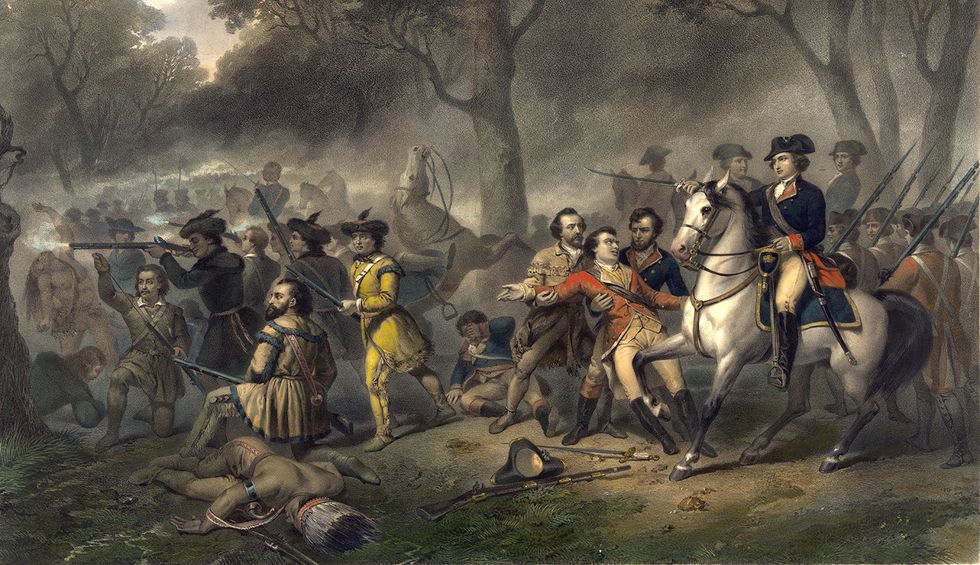 “American Nation Debauched by WASHINGTON!” screamed a newspaper headline before charging the Father of Our Country with “the foulest designs against the liberties of a people.”

President Donald Trump would call it “fake News” and George Washington most certainly would agree.

After he read Philadelphia’s Aurora in December 1796, President Washington blasted the story as “indecent …devoid of truth and fairness.”—and most of America’s Founding Founders concurred. Indeed, when South Carolina’s Charles Pinckney and Elbridge Gerry, of Massachusetts, proposed to the 1787 Constitutional Convention “that the liberty of the press should be inviolably observed,” Connecticut’s Roger Sherman responded angrily, “It is unnecessary!” Most delegates agreed, rejecting the proposal seven to four against.

Four years later, however, the First Congress included free-press guarantees in the first of ten constitutional amendments, collectively called the Bill of Rights. Freed from government constraints, many newspapers used First Amendment rights to uproot government corruption, but others used them as licenses for libel, giving birth to “fake news” in America.

After Washington left office, the press assailed his successor, President John Adams, with fake news that he was “a warmonger,” “insane,” and possibly “a hermaphrodite.” Adams’s successor Thomas Jefferson fared no better, as opposition newspapers tarred him as “an atheist, radical, and libertine” and “son of a half-breed Indian squaw sired by a Virginia mulatto.”

Jefferson had championed press freedom until fake news changed his thinking: “Nothing can now be believed which is seen in a newspaper,” he charged. “Truth itself becomes suspicious in that polluted vehicle.” The press had the last word, however, publishing the not-so-fake news of Jefferson’s sexual relationship with Sally Hemings, a slave girl Jefferson inherited.

Fake news did not diminish as the nation matured. Indeed, it became entwined in the nation’s literary fabric. In the run-up to the 1828 presidential election, the Cincinnati Gazette “exposed” candidate Andrew Jackson, the hero of the Battle of New Orleans in the War of 1812, as a “murderer, swindler, adulterer, and traitor….

General Jackson’s mother was a COMMON PROSTITUTE, brought to this country by the British Soldiers! She afterwards married a MULATTO MAN, with whom she had several children, of which number General JACKSON IS ONE!!!

Americans ignored the fake news and elected Jackson President, but Rachel Jackson, the new President’s wife, suffered a heart attack and died before his inauguration.

Twenty years later in 1848, fake news that “Canada’s woods are full of Chinese…ready to make a break for the United States,” provoked American ‘49ers to run thousands of Chinese ‘49ers off the Sierra Nevada gold-laden mountains at gun point and steal their claims. As fake news of a “yellow menace” intensified, Congress passed the 1882 Chinese Exclusion Act barring Chinese entry into the United States for the next 60 years.

Fake news about Asians grew more virulent after Japan’s December 1941 attack on Pearl Harbor. Newspapers across America clamored for expulsion of everyone of Japanese ancestry.  “They are not to be trusted.” AndThe Argus in Seattle predicted: “If any Japs are allowed to remain in this country, it might spell the greatest disaster in history." The Bakersfield Californian concurred, claiming, “We have had enough experiences with Japs.”

President Franklin D. Roosevelt’s responded with an executive order that sent anyone with at least 1/16th Japanese ancestry into concentration camps without trial or due process--120,000 in all, including 17,000 American children.

Since its first appearance during the early days of the republic, the wide variety of fake news has often made it difficult to identify. Some is born of innocent misreporting or failure to uncover all facets of a story, but as much or more results from bias in the form of misstatement, misreporting, or misinterpretation.  Deliberate placement of a story on the front or inside page—or omission of a story--can also reflect bias by lessening the story’s impact on readers.

Aside from its ill effects on American politics, fake news can have dangerous consequences, as in 2011, when newspapers published a rogue scientist’s contention that vaccinations caused diseases they were meant to prevent. Enough parents responded by refusing to allow their children to be vaccinated. A nation-wide epidemic of measles followed--years after compulsory universal vaccinations had eradicated the disease.

When President Washington ended his second term in 1797, he had so tired of fake news by “infamous scribblers,” he rejected pleas to remain in office. “I am become a private citizen,” he wrote with joy, “under my own vine and fig tree, free from the intrigues of court” -- and, he might have added, “fake news.”

Harlow Giles Unger is author of 27 books, including a dozen biographies of the Founding Fathers. His most recent book is Thomas Paine and the Clarion Call for American Independence.