The biggest fear among the billionaire class is not that a progressive Democratic nominee will lose against Trump. It's that they'll win 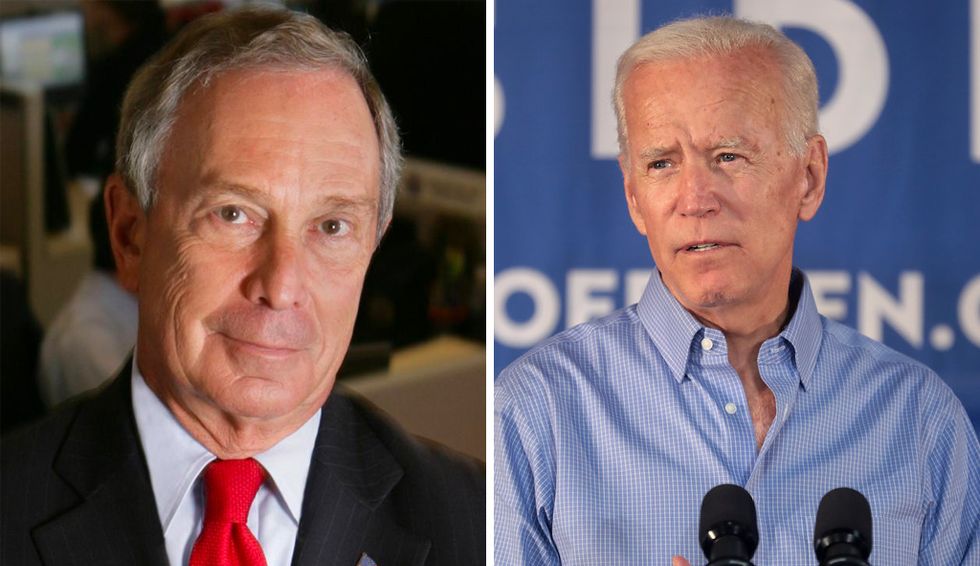 The extremely rich Americans who are now frantically trying to figure out how to intervene in the Democratic presidential campaign make me wonder how different they are from the animated character who loved frolicking in money and kissing dollar bills while counting them. If Uncle Scrooge existed as a billionaire in human form today, it’s easy to picture him aligned with fellow plutocrats against the “threat” of Bernie Sanders and Elizabeth Warren.

The exceedingly wealthy are usually content to stay in the shadows while their combined financial leverage and media power keep top government officials more or less in line. But the grassroots strengths of the Warren and Sanders campaigns have jolted some key oligarchs into overt action.

“At least 16 billionaires have in recent months spoken out against what they regard as the danger posed by the populist Democrats, particularly over their proposals to enact a ‘wealth tax’ on vast fortunes,” the Washington Post reported over the weekend. Many of those billionaires are “expressing concern” that the populist Democrats “will blow the election to Trump by veering too far left.”

But are those billionaires more worried about a wealth tax that will curtail vast fortunes, or about Trump winning re-election? Are we supposed to believe the far-fetched notion that voters will opt for Trump over the Democratic nominee because they don’t want billionaires to pay higher taxes?

The biggest fear among the billionaire class is not that a progressive Democratic nominee will lose against Trump. The biggest fear is that such a nominee will win -- thus gaining presidential muscle to implement measures like a wealth tax that would adversely affect the outsized fortunes of the 0.1 percent.

Such fears are causing a step-up of attacks on Sanders and Warren, and even some early indications of trauma. “Piling on against the wealth tax have been corporate celebrities from Silicon Valley and Wall Street,” the Post reported on Saturday. Facebook head Mark Zuckerberg “suggested Sanders’s call to abolish billionaires could hurt philanthropies and scientific research by giving the government too much decision-making power. . . . Appearing on CNBC, billionaire investor Leon Cooperman choked up while discussing the impact a wealth tax could have on his family.”

Sanders often points to the fact that just three individuals -- Bill Gates, Jeff Bezos and Warren Buffett -- own as much wealth as the entire bottom half of the U.S. population. Gates has publicly denounced Warren’s proposal for a wealth tax. It shouldn’t surprise us now to learn that earlier this year Bezos urged Bloomberg to run for president. We might call it ruling-class unity -- which is a point that Alexandria Ocasio-Cortez quickly made while campaigning alongside Sanders in Iowa when the news broke.

“Of course!” AOC told a Des Moines Register reporter. “They’ve got class solidarity. The billionaires are looking out for each other. They’re willing to transcend difference and background and even politics. The fact that Bill Gates seems more willing to vote for Donald Trump than anyone else tells you everything you need to know about how far they’re willing to go to protect their excess, at the cost to everyday Americans.”

Moments later, Sanders joked: “Jeff Bezos, worth $150 billion, supporting Mike Bloomberg, who’s worth only $50 billion -- that’s real class solidarity.” And Sanders tied in the climate emergency: “When you talk about class warfare within the context of climate change, like Alexandria was just saying, the fossil fuels industry makes billions [and] billions of dollars in profits every single year, and the people who suffer the most are often lowest-income people. But it’s not just low-income people. Family farmers in Iowa and agriculture in Iowa is going to be suffering.”

News of Bloomberg’s looming entry into the Democratic presidential race elicited mass-media awe because of his wealth. A Republican until 2007, Bloomberg didn’t become a registered Democrat until October 2018. His record as New York City’s mayor included hostility toward labor unions in the public sector, support for police use of stop-and-frisk targeting racial minorities, and vocal antipathy toward the Obama administration’s minimal Dodd-Frank regulation of the financial industry. Bloomberg is a mismatch with most Democrats.

For most of this year, Biden seemed the best bet for moguls like Bloomberg. But confidence receded as the Biden for President campaign lost ground -- not only because of his continuing “gaffes” and stumbling syntax but also because more information kept surfacing about his actual record while in the Senate from 1973 through 2008.

Further erosion of support for Biden can be expected due to a pair of powerful articles in the current issue of The Nation magazine. An “anti-endorsement” editorial summarizes his career as a servant of establishment power, concluding: “On issue after issue, Biden’s candidacy offers Trump a unique opportunity to muddy what should be a devastatingly clear choice. The Nation therefore calls on Biden to put service to country above personal ambition and withdraw from the race.” And an investigative piece breaks new ground in documenting how Biden and his immediate family have been enmeshed in scarcely legal conflicts of interest and pay-to-play corruption for several decades.

These days, for billionaires trying to line up a new Democratic president, good help is hard to find. Biden is willing as ever but perhaps not able. In effect, seeing Biden falter, Bloomberg is on the verge of cutting out the middleman. At this point, why hope that activation of pro-Biden Super PACs will be sufficient, when Bloomberg can step in and hugely outspend everyone out of his own pocket?

But even if it turns out that Biden has outlived his usefulness to the billionaire class, no one should doubt his unwavering loyalty. Biden offered reassurance during a speech at the Brookings Institution last year. “I love Bernie, but I’m not Bernie Sanders,” he said. “I don’t think 500 billionaires are the reason why we’re in trouble. . . The folks at the top aren’t bad guys.”

The first chief justice of the U.S. Supreme Court would have agreed. John Jay liked to say: “Those who own the country ought to govern it.” Now, the rhetoric is quite different. But the reality is up for grabs in the realm we call politics.