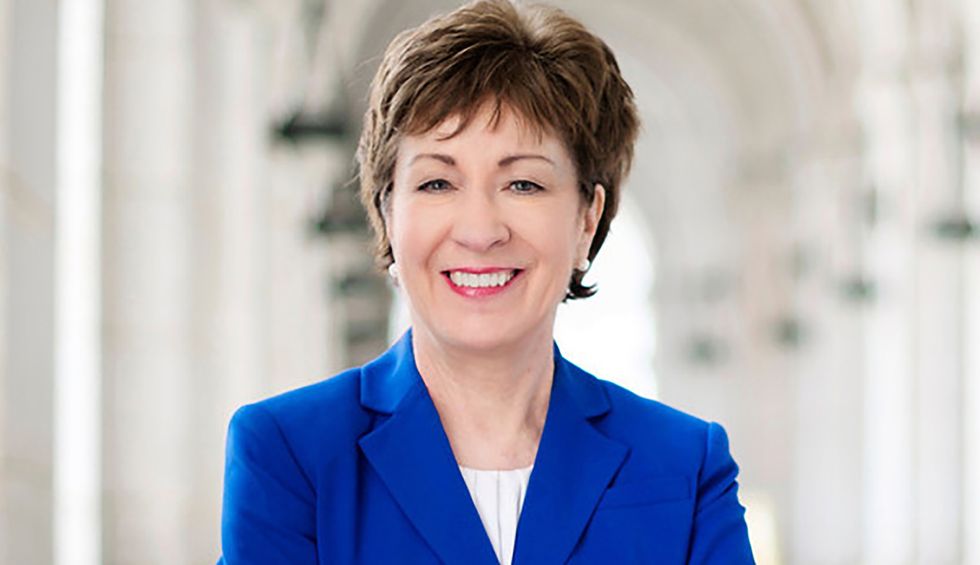 Just two years ago, the League of Conservation Voters declared that Sen. Susan Collins, Republican from Maine, "is an extremely important ally in the fight to protect the environment and public health. […] Her leadership is more important now than ever, and we are grateful that she continues to stand up to big polluters by supporting climate action and protections for the air we breathe, the water we drink and the lands we cherish."

What a difference two years, two new Supreme Court justices, and countless Senate votes backing Donald Trump make. This time around, the LCV is endorsing Democratic candidate Sara Gideon, one of a handful of challengers to Collins. "From her time as a town councilor to her tenure as Speaker of the Maine House of Representatives, Speaker Gideon has been a leader fighting the climate crisis, promoting clean energy, & banning offshore drilling in Maine," LCV tweeted in its announcement.

In its endorsements, the LCV says that it seeks to "elect environmental champions who will address the climate crisis and advance a more equitable clean energy future." Beyond that, though, "LCV Action Fund understands the critical importance of a representative democracy and is committed to endorsing candidates that are reflective of the diverse communities and identities across the country."

Sorry, Susan Collins. That's just not you anymore. Gideon has also nabbed the endorsement of women's rights groups NARAL Pro-Choice America and EMILY's List. That means Planned Parenthood Action Fund is sitting on the fence by itself in not announcing an endorsement yet in Maine.

Planned Parenthood needs to follow the example of LCV's principled decision to drop Collins. Just two years ago it gave her the 2017 Barry Goldwater Award for "her incredible work this year in fighting to protect women's access to reproductive health care." Voting for Neil Gorsuch’s and especially Brett Kavanaugh’s nominations to the Supreme Court nullified all of that.