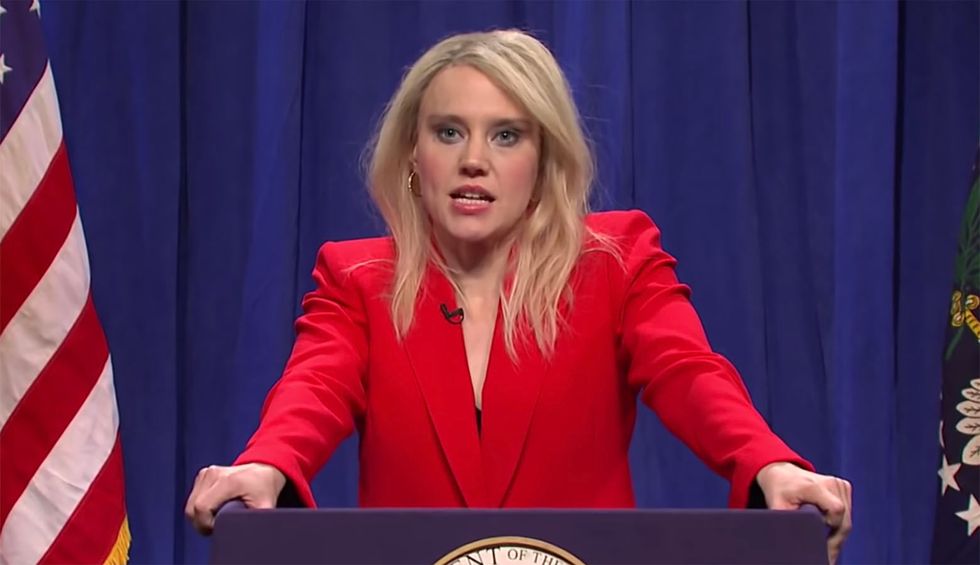 During the segment, which also featured a stand-in for hero dog Conan, she attempted to make the point that impeachment is now off the table after the dog’s exploits.

“It is I, Kellyanne Conway, and if you’re watching this you are going to die in seven days,” she began. “As you’ve probably noticed, the White House has not held a formal press briefing in eight months. We’ve kept our new press secretary in hiding because our past ones were mocked, humiliated, and forced to regain their dignity on Dancing with the Stars.”

“Today I’m here to celebrate, because today we have killed the leader of ISIS, which, according to the Constitution, means that the impeachment can no longer move forward,” she continued and, after introducing the dog, stated, “Now, this dog has to meet President Trump—and then he has to testify against President Trump. He was on the Ukraine call too. OK, goodnight.”