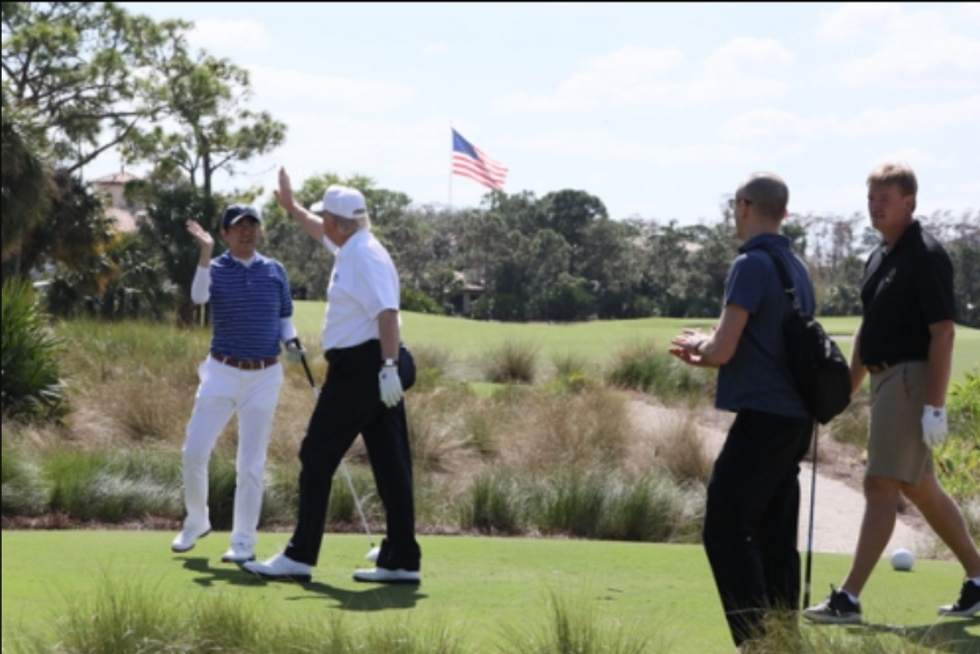 Much has been reported about all the money Republican politicians and organizations have spent in President Donald Trump’s properties during his presidency, and government agencies have spent money in Trump properties as well. The U.S. Secret Service, according to a report by the Washington Post on Thursday, “paid more than $250,000” to “Trump’s private businesses in just the first five months of his presidency.”

That figure is based on an analysis of Secret Service records, which were obtained by the group Property of the People because of an open-records lawsuit.

“Documents released previously had shown $84,000 in federal spending at Trump properties in the first months of Trump’s time in office,” the Post reports. “These new records, detailing spending on Secret Service credit cards, show another $254,000 by the Secret Service alone.”

The documents, according to the Post, “do not give much detail about the spending.” Nonetheless, the Post reports, they offer some noteworthy insights on Secret Service spending in 2017.

“On April 2, 2017, for instance, Trump played golf at his club in suburban Virginia — a short drive from the White House,” the Post explains. “That day, the records show, the Secret Service made five separate payments to ‘Trump National Golf Club’ totaling $26,802.”

The article goes on to explain that from May 31-June 5, 2017,  Trump “played golf twice at the Virginia course, according to news reports — including once with former NFL quarterback Peyton Manning and then-Sen. Bob Corker (R-Tennessee). The Secret Service reported paying $29,000 to the Trump golf club then.”

Other examples of the Secret Service spending money at Trump properties, according to the records obtained, show $16,000 spent at the Trump National Golf Club in Bedminster, New Jersey on May 7, 2017 and $40,000 at a Trump hotel in Las Vegas on March 17, 2017.

Ryan Shapiro, executive director of Property of the People, told the Post, “Donald Trump views the American public as a bunch of marks waiting to be fleeced…. Due to his overt self-dealing and refusal to divest from his sprawling business empire, Donald Trump has turned the American presidency into a racket.”