Salad bars and water systems are easy targets for bioterrorists 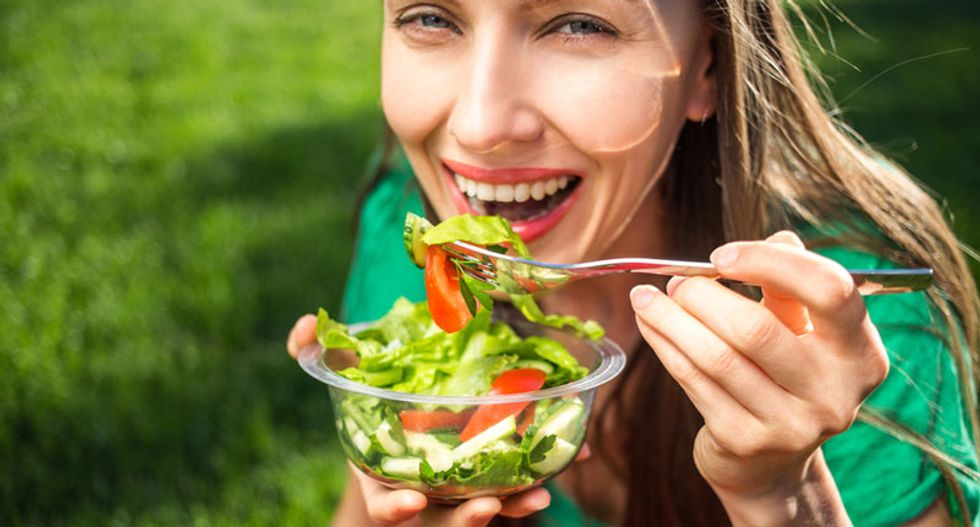 In October 2019, a House Homeland Security Committee subcommittee held a hearing entitled “Defending the Homeland from Bioterrorism: Are We Prepared?” The answer was a resounding no.

The experts testified that our biodefense system has been vulnerable and outdated for well over a decade. This might provoke worries about weaponizing disease-causing microorganisms, or pathogens, like Ebola or anthrax. But you should probably also take a moment to consider your lunch: The next threat might come not from a hard-to-come-by virus but from something as simple as food that has been deliberately contaminated.

I teach food and drug law at Saint Louis University’s Center for Health Law Studies. While monitoring pathogens likely to pose severe threats to public health, my colleagues and I spend a lot of time studying viruses and bacteria that are very hard to obtain, like anthrax or the plague. One less-known facet of bioterrorism, however, is that simpler pathogens like salmonella, a bacterium found in many types of food, can also be used to deliberately harm people. In fact, the largest bioterrorism attack in American history started at the salad bars of a handful of restaurants in the Pacific Northwest.

A primer on bioterrorism

The Department of Homeland Security defines bioterrorism as the deliberate release of bacteria, viruses and toxins with the purpose of causing injury or other harm to people. Pathogens can be spread in multiple ways. Some travel through air or water. Others pass directly from person to person or through contact with infected animals. Last, but not least, food systems can be used to spread biological agents.

The Centers for Disease Control and Prevention in Atlanta classify bioterrorism agents into three categories. The classification is based on factors like ease of disease transmission and morbidity and mortality rates. Category A includes high-priority agents that can spread easily, result in high mortality rates and pose a risk to national security. Examples include smallpox and anthrax. Category B includes pathogens that are moderately easy to disseminate but don’t kill as many people as the microbes in Category A. These include cholera and pathogens causing viral encephalitis. Category C includes existing pathogens that could one day be engineered for purposes of bioterrorism, such as hantavirus or Nipah virus.

Although bioterrorism may sound like a new phenomenon, it is not. One of the earliest cases dates back to 1346, when the Tartar army infected the besieged city of Caffa, in modern-day Crimea, with the plague. This event has been ultimately linked to the Black Death that decimated Europe in the following years. Some historians believe that, in the mid-eighteenth century, colonists purposely gave Native Americans blankets infected with smallpox. And during World War II and the Cold War, several countries, including the United States, experimented with weaponizing pathogens including anthrax, smallpox, plague and botulism.

The most recent case of bioterrorism in America took place in the aftermath of 9/11. Anthrax spores were mailed to politicians and media organizations, killing five people and injuring another 17.

Agents like anthrax or smallpox remain among the most feared in connection with bioterrorism attacks. Even though it is extremely hard for most people and institutions to acquire samples of these pathogens, they can pose devastating public health risks if mishandled or if they fall in the wrong hands.

The list of bioterrorism agents, however, is broader than one might think. It contains bacteria that routinely contaminate our food supply, like salmonella. And it was precisely salmonella that triggered the largest bioterrorism attack on American soil.

Between September and October 1984, followers of Bhagwan Shree Rajneesh, the leader of an Oregon-based sect, intentionally contaminated food in salad bars in several restaurants in The Dalles, in Wasco County, Oregon. Members of the sect stole salmonella from a lab in Seattle, mixed it into a brown liquid and discreetly dropped small quantities on items like salsa and salad dressing. Though no one died, 751 people were infected, at a time when The Dalles had a population of 10,500.

It took a full year for the authorities to understand the cause of the outbreak, which initially was attributed to poor hygiene.

Even outside the context of bioterrorism, salmonella poses substantial threats to public health. On average, it causes 1.2 million illnesses each year in the U.S., 23,000 hospitalizations and 450 deaths. If it were weaponized, the results could be catastrophic. Currently, the CDC classifies salmonella and other food safety threats like E. coli as Category B agents. This category also includes pathogens that may be used to contaminate our water supply.

Infecting water and food supplies is not a new tactic. In the twelfth century, Emperor Frederick Barbarossa poisoned water wells during the siege of Tortona, in Italy. Six hundred years later, Napoleon’s troops flooded the plains around Mantua to exacerbate an ongoing malaria outbreak.

Water and food supply systems have greatly changed since these historic examples. Imagine what could happen if the next act of bioterror targeted the salad bars of restaurants in Times Square. Or if part of the water supply of Los Angeles was tampered with. We cannot afford to overlook bioterrorism preparedness – but according to the experts who recently testified in Congress, that is precisely what is happening.

Since 2003, the United States has relied on BioWatch, a monitoring and early warning program for major urban areas. The program, considered outdated for more than a decade, is now being phased out. Its replacement, BioDetection21, was announced in early 2019, but the new sensor technology it uses to detect pathogens was deemed inadequate at an October congressional hearing.

The detectors are not reliable, routinely producing false positives and often taking too long to identify biological threats. A possible solution put forward by biodefense experts at the congressional hearing would be to form partnerships between the public and private sectors to develop better pathogen detection technology.

When it comes to responding to threats, there is a profound lack of coordination between federal agencies and local communities. When asked about what happens after notifications of a possible bioterrorism attack, Dr. Asha George, executive director of the Bipartisan Commission on Biodefense, answered: “They go off but nobody knows what to do.”

This happens at a time when other countries are becoming savvier about preparedness. Japan is now collecting and studying viruses before the 2020 Olympics. China and other Asian countries have also invested more in bioterrorism preparedness, developing monitoring programs for heavily trafficked areas like airports and subway lines. The United States should not be the exception in a world in which infectious diseases travel faster than ever before.

Addressing the concerns voiced by our biodefense experts would be an important first step in increasing bioterrorism preparedness in the United States. This entails figuring out how to fund better detection technologies and how to create response plans that engage state and local institutional players. But there are additional steps that can be taken.

For instance, public health scholars have called attention to the need to develop new vaccines and antimicrobial therapies that can be used for natural epidemics and for bioterrorism alike. Already, the Biomedical Advanced Research and Development Authority BARDA, an office within the Department of Health and Human Services, is funding some projects in this area. As emerged from the congressional hearing, increasing our bioterrorism preparedness is not a task that can be accomplished by a single office or agency.