Retirement isn't enough to give House Republicans a spine — or principles 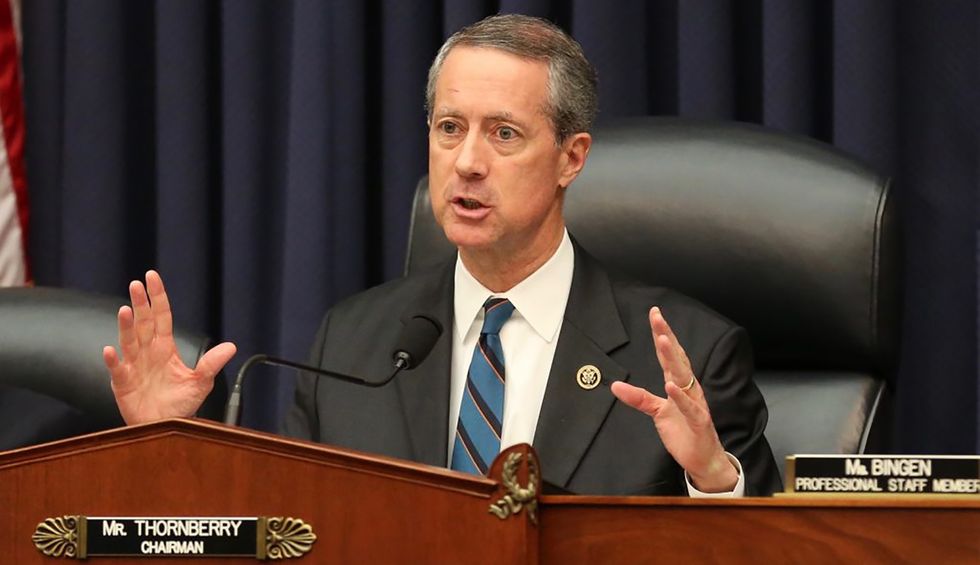 House Republicans are furiously extinguishing any spark of hope that even one of them might put country above party in the impeachment inquiry. We knew, of course, that no Republican who might face a Trump-backed primary challenger would have the nerve. Rep. Justin Amash came out in favor of impeachment and basically got forced out of the Republican Party as a result. But what about one of the 20 Republicans who’ve announced their retirements? They have no elections to lose as a result, and some of them come from increasingly purple districts. Answer: So far, they, too, are sticking with their party’s squinting, orange-hued, weird-standing, pathological liar of a leader.

Rep. Mac Thornberry is retiring and he’s supposedly a foreign policy hawk (always a term with a slippery meaning) and he agrees that Trump’s attempt to extort Ukraine was “inappropriate” … but he’s much more concerned about the supposed process violations the mean Democrats have committed. “There’s a reason we let murderers and robbers and rapists go free when their due process rights have been violated,” Thornberry said, sticking to the Republican head fake of pretending that an impeachment inquiry and a criminal trial are the same thing.

Rep. Will Hurd has occasionally been willing to take a step away from his party’s positions. “But,” The Washington Post reports, “during a ‘Fox News Sunday’ interview, Hurd parroted White House talking points, a reflection of how well House GOP leaders are keeping their members in line.”

Rep. Francis Rooney hinted he might possibly support impeachment. The next thing you know, he was voting to oppose even an impeachment inquiry.

These Republicans are content to ignore the actual evidence in the impeachment inquiry and spew talking points handed down from the White House. Next thing you know, they’ll be taking their talking points directly from Donald Trump himself and insisting the July 25 call with Ukrainian President Volodymyr Zelensky was “perfect.”

Making Justin Amash an outcast worked. No other Republican seems ready to summon their courage or take a principled stance, no matter what evidence they’re presented with.